Sir Alex Ferguson was manager of world-renowned football club, Manchester United, one of the most successful soccer teams in history. He was the man behind the rise of this club from mediocrity to greatness. 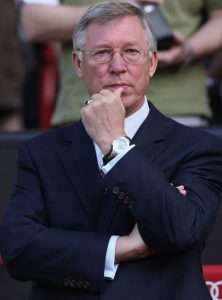 Alex Ferguson was born on December 31st, 1941 in Glasgow, Scotland. In his youth, he developed a love for soccer and started playing as an amateur at age 16 for Queen’s Park. However, even though he did well at the club, he couldn’t secure a spot on the regular team and transferred to another club.

His professional career began when he was signed by Dunfermline. He had a stellar career as a striker and was one of the Scottish Football League’s top scorers.

In 1974, at age 32, Ferguson signed on as manager for East Stirlingshire. He later gained a reputation as an exceptional manager for the Scottish club, Aberdeen. His success led him to Manchester United in 1986 and under his leadership, the ailing football club began its climb to the top.

Over the next few years, Ferguson focused on signing new talent and instilling discipline in his team, which eventually paid off. Manchester United began its winning ways in December 1989, with its first Football Association Cup (FA Cup) trophy.

The rest, as they say, is history. With Ferguson at the helm, Manchester United went on to win many other trophies including the European Cup, the English Premiere League (EPL), and the Champions League. They made history in 1999 by becoming the first club to win a Treble (the FA Cup, EPL title and Champions League title) in a year.

In May 2013, Ferguson officially announced his retirement as manager of Manchester United. With 49 trophies over the course of his career, he is regarded as the most successful British football manager of all time. Among the many awards and honors he received, Ferguson was knighted in 1999 “for services rendered to the sport of football.”

Sir Alex Ferguson has won many awards in the arena of soccer, and these include:

1. The individual is not bigger than the organization

Ferguson saw the importance of instilling humility in his players. He never allowed a single player to rise above the club.

Over the years, there were superstars whose egotistical behavior caused a detrimental effect on the whole team. While most managers might compromise in order to keep the star, Ferguson was ruthless in removing such people from the organization.

He understood that if one man’s ego was allowed to be bigger than the club, the whole team would suffer. For example, he famously dropped superstar David Beckham for a crucial match against title rivals Leeds United in 2000.

In today’s world, we exalt celebrity CEOs and some believe that changing and turning a company around takes just one man. However, the truth is that we need the entire team’s cooperation to achieve organizational success.

2. The value of hard work, discipline and determination

Ferguson was always the first on the training ground every morning. He expected extremely high standards of discipline and character from his players, whether they were rookies or superstars. He didn’t just focus on their skills; he wanted to ensure they had the character and determination to maximize their talents.

To him, victory came not from talent, but from sustained, persistent effort and determination. Under his guidance, players like David Beckham, Ryan Giggs, Paul Scholes, Cristiano Ronaldo flourished and became household names while playing for Man U.

Similarly, the success of your team or organization cannot merely rest on natural ability or talent; it’s necessary to put in the work, be disciplined and stay determined on the road to reaching your goals. It’s not enough to merely hire the best talent; you must also provide an environment that nurtures them and pushes them to be even better.

Ferguson recognized the importance of developing the young players in the youth academy. In order to achieve long-term success, he knew that investing in the youth team would strengthen the core of the club in the future. His approach paid off; the young talents that he groomed went on to form the core of the Treble-winning team in the 1998-99 season.

Before he announced his retirement, Ferguson long prepared and thought about the man who would succeed him, David Moyes. In his retirement speech to the fans, he urged them to stand behind their new manager and support Moyes, which they did. This approach was very different from many other top clubs in Europe who brought in top veteran managers and players hoping for instant results.

When you are building an organization for the long term, you need to seriously consider good succession. Who is going to lead the organization in the future?

Before you walk away from any organization or position, it’s crucial to groom someone who’s willing and able to perform your tasks at the same level that you have. Mentor and teach this person so that when you leave, the organization can still continue operating at the same high level. 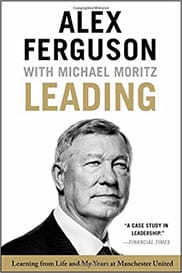 Leading: Learning from Life and My Years at Manchester United

Alex Ferguson is a striking leader who transcends the spheres of sports, business, family and organization. Learn some incredible lessons of success from the greatest soccer coach in the world. 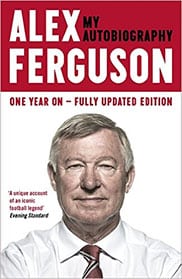 With 38 years as a manager, 26 victorious seasons as the head of Manchester United, and an unparalleled career in leadership, Alex Ferguson has some stories to tell. 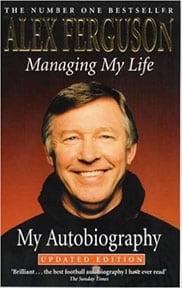 Managing My Life: My Autobiography

Read all about the beginning and early success of Alex Ferguson, and what actions quickly propelled him into becoming a legendary figure in sports.

“Sometimes we can get too emotional as a club with things that are happening. But we’re both of a common denominator – we don’t want the club to be in anyone else’s hands.”

“I have always tried to be the bridge between the club and the fans and I have tried to support the fans in a lot of their pleas and causes.”

“Only true champions come out and show their worth after defeat — and I expect us to do that.”

“At the end of this game, the European Cup will be only six feet away from you and you’ll not even able to touch it if we lose. And for many of you that will be the closest you will ever get. Don’t you dare come back in here without giving your all”.

“I think it’s important to work and I’m entitled to work. Some people do not want to work but I want to continue working.”

“If he is in the wrong, he is disciplined … rules and principles don’t mean much if they are bent the moment there is a practical disadvantage in applying them.”

“When I work with the biggest talents, I tell them that hard work is a talent, too. They need to work harder than anyone else. And if they can no longer bring the discipline that we ask for here at United, they are out.”

Learn more about Ferguson’s leadership style in this fireside chat for Stanford Graduate School of Business “View From The Top” speaker series: