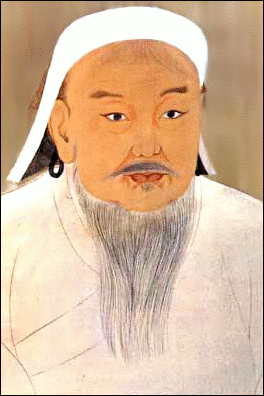 Genghis Khan, first known as Temujin, was the son of a Mongolian tribal leader. He was brought up in a time of warring tribes and factions. He was taken away from a world of innocence when his father was poisoned by a rival tribe, and his first brush with war began.

In his time, tribes formed strategic alliances through marriage. Khan followed this tradition and married at a young age to strengthen his tribe. However, things took a turn when a rival tribe, the Merkits, invaded his home and stole his wife. With the help of his blood brother, Jamukha, he was able to recover his wife and destroy the Merkits.

After this successful campaign, Khan began to unite the smaller Mongol tribes to form a confederation. Khan had an innovative way of integrating the smaller rival tribes: he would allow them to come under his protection after he had defeated them. This helped Khan consolidate his power.

Not long after he attacked China, and in one campaign he managed to conquer Beijing, forcing the Chinese to retreat southward.

Khan wished to establish trade routes with the Persian Empire to the West but the Persian Empire declined. On one occasion, they returned the head of Khan’s ambassador. This greatly angered Khan and he began his westward campaign.

He brought carnage to the Persian cities, destroying everything in his path. Khan fought his way to the eastern edges of Europe. However, an important domestic leadership issue came up, causing Khan to return to his homeland, and Europe was spared.

Khan died in 1227 and left his kingdom to his son, Ogedei Khan. His descendents further expanded his empire after his death.

1. Be a great student

Although Genghis Khan was a great conqueror, he never stopped being open to new cultures. He was very open to learn the technologies, practices and even religions of the different territories he conquered. For instance, he learnt new siege techniques from the Chinese and incorporated them into his own military strategies.

Leaders never stop learning. Be humble enough to realize that you can learn from anyone, anywhere. No matter how far you have come as a leader, there’s always something you can improve on.

This attitude helps you to become better with each day, aiding the growth of your organization.

2. Cultivate discipline in your team

Khan’s success as a military leader shows the importance of discipline.  It was the strict training and discipline of his army that almost conquered the entire known world.

He put his troops through vigorous and strict military training, teaching his men to shoot deadly accurate arrows while riding on horses. With that discipline, he managed to vanquish most of his opponents.

If you want to excel against your competition today, the same principle applies. Instill a level of discipline within your organization such that you will do much better than your industry peers. No management technique or framework can replace the power of simple discipline.

When battling the nomadic tribes of Mongolia, Khan prepared several military tactics and traps before facing off with his enemy. He was meticulous and planned his attacks very carefully. As a result, he managed to defeat several other factions, and eventually even capture the great city of Beijing.

Similarly, whatever business or project you enter into, you should always take time to prepare mentally and strategically for success.

The saying goes: Good luck is when preparation meets opportunity. When you prepare everyone for the task or project ahead, you are positioning your team for victory. 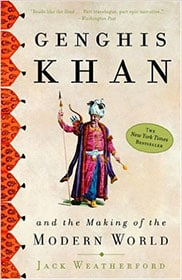 Genghis Khan and the Making of the Modern World

Not only did the Mongols conquer and subjugate an astounding number of lands and people, but they also elevated the trading, and brought a cultural upheaval in each country he reigned over. With Genghis Khan as the one man at the head, his majestic empire soared to greatness. 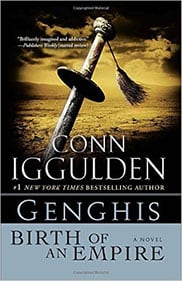 Genghis: Birth of an Empire: A Novel (The Khan Dynasty)

He rose from nothingness and despair to face some of the greatest adversaries in the world, and defeat each one with courage, strength and fervour. Genghis Khan was one of the greatest conquerors in history; here is the story behind the name that made nations tremble with fear, awe and respect. 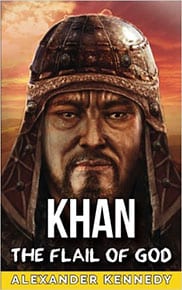 A brutal and merciless warlord who slaughtered countless lives and dominated with fear over vast lands; or an inspiring leader who brought modernization, change and progress to numerous nations? There is much to be discovered about the character of Genghis Khan.

“With Heaven’s aid I have conquered for you a huge empire. But my life was too short to achieve the conquest of the world. That task is left for you.”

“A leader can never be happy until his people are happy.”

“An action committed in anger is an action doomed to failure.”

“Be of one mind and one faith, that you may conquer your enemies and lead long and happy lives.”

“The strength of a wall is neither greater nor less than the courage of the men who defend it.”

“It is not sufficient that I succeed – all others must fail.”

“Conquering the world on horseback is easy; it is dismounting and governing that is hard.”

“There is no good in anything until it is finished.”

“One arrow alone can easily broken but many arrows are indestructible.”

Wikipedia: A highly detailed account of the life of Genghis Khan