Jeff Bezos is an American entrepreneur and the co-founder, chairman and Chief Executive Officer of Amazon.com. He built Amazon into the largest online retailer in the world and as of May 1st, 2019, the 3rd most valuable public company in the world behind only Microsoft and Apple. 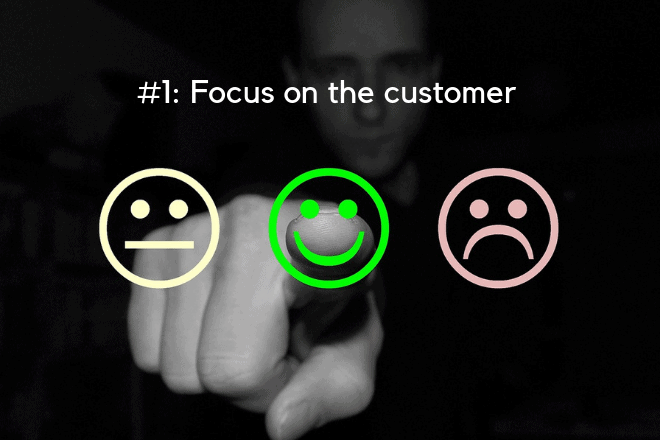 1. Focus on the customer

Amazon is known for putting customer service first and this is a direct result of Bezos’ philosophy of focusing on customers instead of competitors. Unlike other companies whose innovations and product developments are a direct response to what their industry peers are doing, Amazon is more concerned about how best they can serve their customers so that they keep coming back.

Their insight into consumer buying habits and desire to offer hassle-free services put them in the perfect position to satisfy customers. One example of their customer-centric strategy is Amazon Prime. Initially, the service offered free two-day shipping within the U.S. for a flat annual membership fee. Over time, Amazon Prime has evolved into a membership that also offers other services such as instant downloads of Kindle books and instant streaming of tv shows and movies.

“If you’re competitor-focused, you have to wait until there is a competitor doing something. Being customer-focused allows you to be more pioneering.” 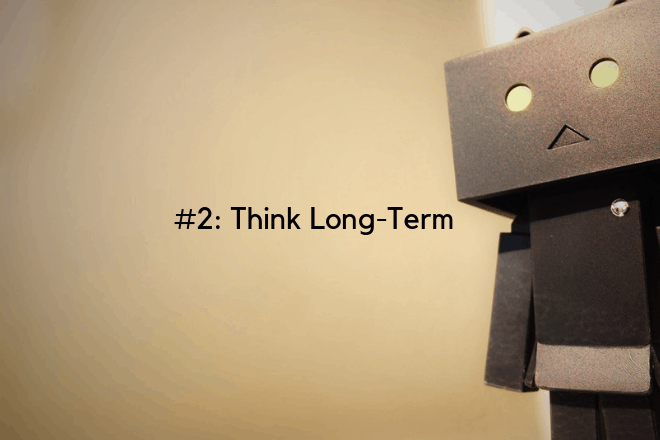 One of Bezos’ key strengths is how he adopts a long-range view of business. While other entrepreneurs may be tempted to maximize short-term profit, Bezos engages in strategies that ensure Amazon’s long-term relevance in an increasingly competitive marketplace. He believes that a long-term view gives the business more room to innovate, experiment, and get over any failures.

Bezos explains the value of long-term thinking in this Harvard Business Review interview. He believes that Amazon’s key offerings such as the Kindle, Amazon Prime and Amazon Web Services would not have come to fruition if the company focused on short-term financial gains. These were projects that required a longer seeding period and time before the company would reap its benefits.

With providing the best customer experience as Amazon’s core guiding principle, Bezos is also committed to capital spending that will help make Amazon the most customer-centric company in the world. Tactics such as building more fulfillment centers and lowering their profit margins are viewed by Bezos as long-term moves that will help Amazon grow.

Having a long-term view gives you an advantage over your competitors because you put yourself in a different playing field. You’re focused more on your vision and building success that is sustainable. Instead of considering where you and your organization will be in 2 – 3 years, look forward further — what would you like to achieve in 5 – 7 years? Give yourself the time and space to explore and experiment with different ways of achieving your vision. 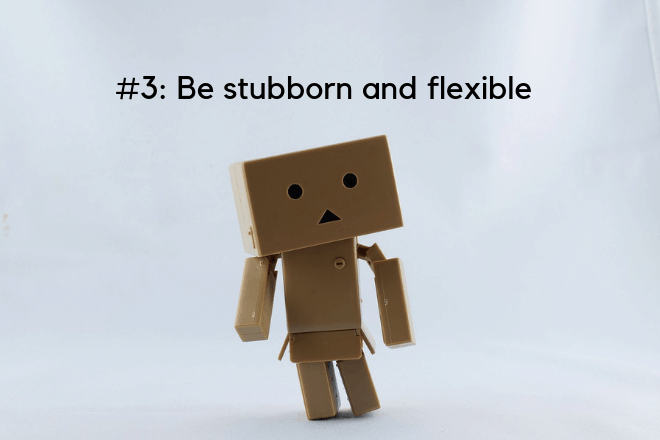 3. Be stubborn and flexible

“We are stubborn on vision. We are flexible on details. If you’re not stubborn, you’ll give up on experiments too soon. And if you’re not flexible, you’ll pound your head against the wall and you won’t see a different solution to a problem you’re trying to solve.”

This quote from Bezos sums up what makes Amazon a market leader in the online retail space. They are deeply committed to their vision, but take an exploratory approach on how to get there.

Adopt this mix of stubbornness and flexibility in your own leadership style. Once you have set your vision, stay the course regardless of any difficulties and obstacles in your way. Then give yourself and your team enough leeway to innovate and get creative about how you can achieve your goals. Focus on the end goal, not the path to get there!

Who is Jeff Bezos? A Short Biography 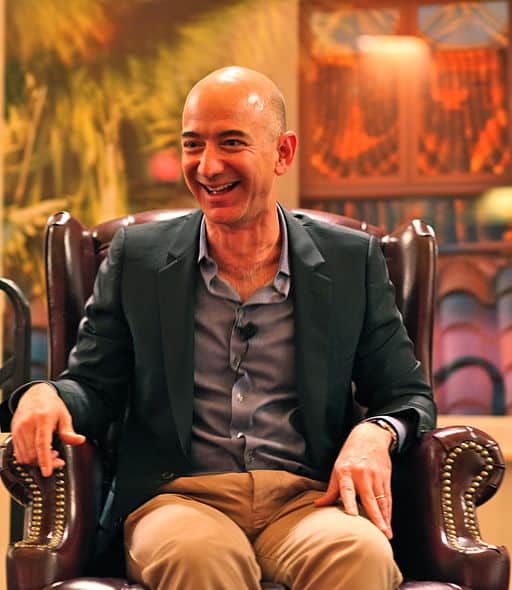 Jeff Bezos was born in Albuquerque, New Mexico on January 12th, 1964. His mother had him when she was a teenager and his parents’ marriage lasted barely a year. When he was 4, his mother remarried; his stepfather formally adopted him and Jeff took on his stepfather’s last name.

As a child, Bezos was interested in science and technology. He graduated high school as valedictorian and was a National Merit Scholar. He then attended Princeton University where he earned two Bachelor of Science degrees in computer science and electrical engineering.

He started his career in Wall Street and worked his way up to Vice-President at global investment management firm, D.E. Shaw & Co. In 1994, during the Internet boom, Bezos made the bold decision to leave his corporate job to join the online revolution. He conceived a business plan for an e-commerce store, and that was the seed for what would become Amazon.com.

Amazon.com was launched on July 16th, 1995, and it initially only sold books. It caught on with consumers very quickly, and within two months, the site was generating $20,000 in sales per week. The company went public in 1997, and Amazon started diversifying its product offerings and increased its market share in the online shopping space.

Since then, Bezos has continued to encourage innovation and diversification of Amazon’s products and services. For instance, in 2007, they released the Amazon Kindle, an electronic reader that allows users to browse, buy & download and read eBooks and other digital media. Although Amazon does not publicly release sales figures for the Kindle, it is estimated that Kindle sales amounted to US$5 billion in 2014.

Today, Amazon is the largest online retailer by total sales. As of 2015, the company employs over 270,000 people and earned a revenue of US$105 billion.

Other than Amazon, Bezos also founded Blue Origin, a company that aims to develop space travel (an aim that is similarly being pursued by other top entrepreneurs such as Elon Musk and Richard Branson). He also bought The Washington Post newspaper in 2013.

Bezos was named TIME Magazine’s Person of the Year in 1999, and was ranked the second best CEO in the world (after Steve Jobs) by Harvard Business Review. His personal wealth is currently valued at US$159 billion, making him the richest person in the United States, ahead of Bill Gates. 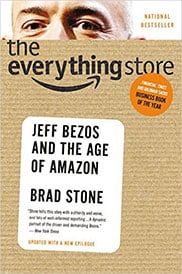 The Everything Store: Jeff Bezos and the Age of Amazon

The innovator, founder and visionary behind Amazon; Jeff Bezos is the man who redefined what corporate culture could be. For the first time, take a peek behind the scenes of one of the largest companies in the world. 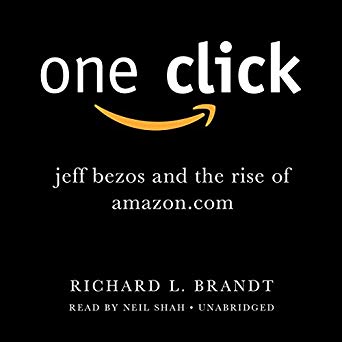 One Click: Jeff Bezos and the Rise of Amazon.com (Audiobook)

Out of the financial crisis and the tech bubble emerged one of the most recognized brands today, a company that achieved inimitable success. This book shows us the actions Jeff Bezos took to build Amazon to be one of the world’s largest companies.

If you liked this leader profile about Jeff Bezos, you might like our in-depth breakdown of the leadership style of Steve Jobs.

Featured image of Jeff Bezos from Ali Asaria, CC By 2.0, via Flickr.