You are at:Home»Movies»Leadership Movies: The Chronicles of Narnia

The Chronicles of Narnia: The Lion, the Witch and the Wardrobe is a part of Leadership Movies, a series of films with leadership themes. Learn about how you can become a better leader by watching leadership in action. 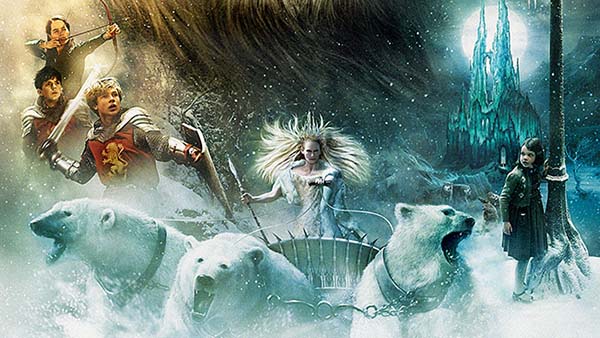 The Chronicles of Narnia: The Lion, the Witch and the Wardrobe is a 2005 epic fantasy adventure film based on the book by CS Lewis by the same name. The movie talks about how Pevensie children discover the magical world of Narnia through a wardrobe. They go on to join in the adventure with Narnia to battle the evil reign of the White Witch.

This story is a fictional retelling of the gospel story of Jesus Christ. It is filled with symbolism and characters that reflect the biblical story.

1. Courage is about leading in spite of your fears and inadequacies.
When it fell to Peter to lead the Narnian army, he said he couldn’t do it because he has never led an army before. Leadership often puts in your positions where you have to lead despite not having all the answers, and courage is what must keep you there.

3. Leaders empower.
At a point in the movie, Aslan wisely asks the Narnians to step aside so that Peter will deal with the wolf himself. It is part of his initiation from boy to the eventual king of Narnia. A leader empowers his followers when he puts them in situations to be challenged at the right time and through that, allow his followers to grow.

“If the witch understood the true meaning of sacrifice, she might have interpreted the Deep Magic differently, for when a willing victim who has committed no treachery, dies in a traitor’s stead, the stone table will crack and even death itself will turn backwards.” – Aslan

Mr. Tumnus: He’s not a tame lion.
Lucy Pevensie: No… but he is good.

Aslan: That is Cair Paravel, Castle of the four thrones. In one of which you will sit, as High King. [Peter looks down] You doubt the prophecy?
Peter: No, that’s just it. Aslan, I’m not who you think I am.
Aslan: Peter Pevensie, formerly of Finchley. Beaver also mentioned that you planned on turning him into a hat. [chuckles]Peter, there is a deep magic more powerful than any of us. It defines right from wrong. It over sees all our destinies. Yours, and mine.