Million Dollar Baby is a part of Leadership Movies, a series of films with leadership themes. Learn about how you can become a better leader by watching leadership in action. 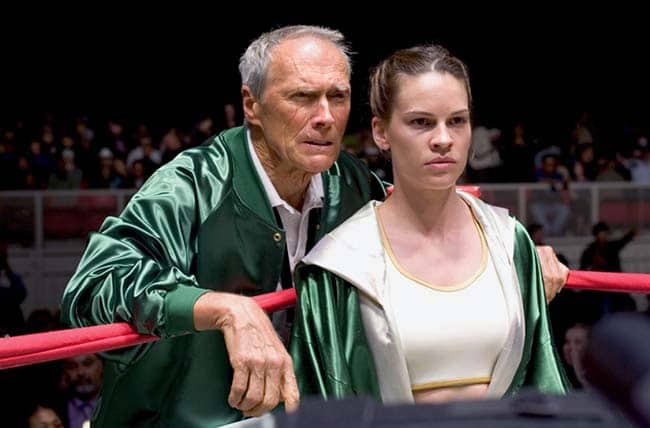 It is a beautiful story about this young waitress Maggie who aspires to become a professional boxer one day. She starts off asking the coach Dunn to be her boss but he refuses because ‘he doesn’t train girls’.

However, Maggie wins over the coach one day with her persistence and she eventually becomes a superb boxer, fighting all the way to the top.

1.Desperation can lead to success
Maggie had nothing to lose because her life is already messed up. When she went to find her coach, one could tell that she was extremely one-minded and focused about what she wanted to achieve.

The more we think we have to lose, the less likely we are willing to give it all up for the ‘dream’,

2. Age is not a handicap.
Maggie beat opponents much younger, faster and stronger than her. This illustrate that often success in the boxing ring is not just about talent; but also about who wants to win more desperately.

Sometimes we think that we’re either too old or too young to pursue something we’re passionate about, but that isn’t true. Many people in history have shown us otherwise.

“If there’s magic in boxing, it’s the magic of fighting battles beyond endurance, beyond cracked ribs, ruptured kidneys and detached retinas. It’s the magic of risking everything for a dream that nobody sees but you.” – Eddie Dupris