You are at:Home»Movies»Leadership Movies: The Blind Side

The Blind Side is a part of Leadership Movies, a series of films with leadership themes. Learn about how you can become a better leader by watching leadership in action. 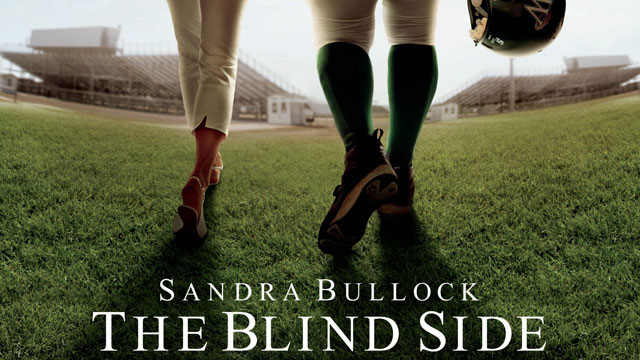 The Blind Side is a 2009 American semi-biographical sports drama film and based on the 2006 book The Blind Side: Evolution of a Game. The Blind Side is the story of about how a wealthy devout Christian lady Leigh Anne(Sandra Bullock) takes in and becomes the guardian of a football player and grooms him to become one of the best offensive linesman in his school, and eventually go on to play at the NFL.

1. Leaders identify the strength in others.
Everyone has a strength, and I mean everyone. In the movie, Michael apparently has a low IQ and EQ, intelligences that the average person would use to gauge a person’s ability. However, Leigh Anne manages to find the one strength that Michael possesses.

2. Leaders draw out the best in others.
After she discovers the strength in Michael, she communicates to him in his terms of his strength. She tells him that his team members are family and he should protect them; he immediately becomes one of the best linesmen when he receives the message. By communicating to others on their terms, a leader is able to draw out the best in others.

3. Without a leader to lead people into the future, they fall back to their past.
When Michael began to distrust the leader in his life, he runs back to this mother who abandoned him and his old friends. When people do not have a leader in their lives to lead them into the future, they tend to fall back to what has worked for them before; their past. The old ways and methods appear safer and more attractive when there is the lack of a strong, courageous leader to carry them into the unknown.

Courage is a hard thing to figure. You can have courage based on a dumb idea or mistake, but you’re not supposed to question adults, or your coach or your teacher, because they make the rules. Maybe they know best, but maybe they don’t. It all depends on who you are, where you come from. Didn’t at least one of the six hundred guys think about giving up, and joining with the other side? I mean, valley of death that’s pretty salty stuff. That’s why courage it’s tricky. Should you always do what others tell you to do? Sometimes you might not even know why you’re doing something. I mean any fool can have courage. But honor, that’s the real reason for you either do something or you don’t. It’s who you are and maybe who you want to be. If you die trying for something important, then you have both honor and courage, and that’s pretty good. I think that’s what the writer was saying, that you should hope for courage and try for honor. And maybe even pray that the people telling you what to do have some, too. – Michael Oher

Coach Cotton: What did you say to him?
Leigh Anne Touhy: You should really get to know your players. Michael scored in the 98th percentile in protective instincts.