You are at:Home»Movies»Leadership Movies: The Last Samurai

This feature on The Last Samurai is a section under Leadership Movies, a series of films with leadership themes. Learn about how you can become a better leader by watching leadership in action. 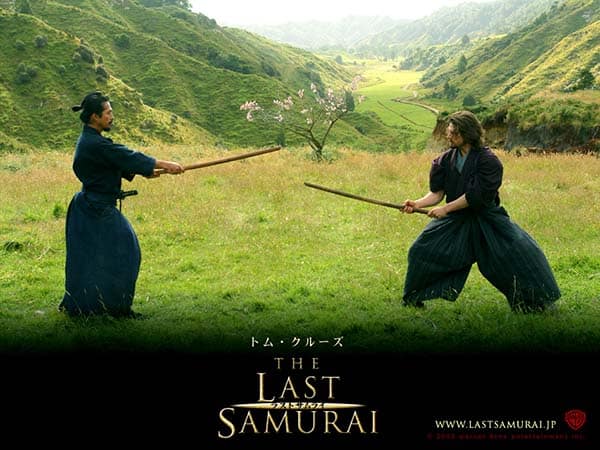 The Last Samurai is a 2003 drama film/war film directed and co-produced by Edward Zwick, who also co-wrote the screenplay based on a story by John Logan. It’s a beautiful story of courage, truth and justice in a world of greed and corruption.

Tom Cruise plays an American who is captured by the Japanese and eventually becomes part of their culture. He learns their ways, live the way they live, and learns their fighting style. Eventually he becomes a part of them and fights alongside them against his own country.

1. Honor
Honor is a forgotten word in our communities today. Values like being true, having respect are being replaced in the name of efficiency and effectiveness. As a leader, it is important that you re-introduce these age old value of honor back in your organization. As you do so, you build a solid foundation for your organization to grow.

2.Courage
The magnificent display of courage of the Samurai is tear jerking. Such courage is rare in our world today, but yet its value remains. Churchill says that courage is the virtue on which all other virtues rest upon. Seek to be courageous in the face of fear.

“What does it mean to be Samurai? To devote yourself utterly to a set of moral principles. To seek a stillness of your mind. And to master the way of the sword.” – Nathan Algren

“This marks the longest I’ve stayed in one place since I left the farm at 17. There is so much here I will never understand. I’ve never been a church going man, and what I’ve seen on the field of battle has led me to question God’s purpose. But there is indeed something spiritual in this place. And though it may forever be obscure to me, I cannot but be aware of its power. I do know that it is here that I’ve known my first untroubled sleep in many years.” – Nathan Algren

“Emperor Meiji: Tell me how he died. Nathan Algren: I will tell you how he lived.”

“Katsumoto: You believe a man can change his destiny? Nathan Algren: I think a man does what he can, until his destiny is revealed.”