This feature on Twelve Angry Men is a section under Leadership Movies, a series of films with leadership themes. Learn about how you can become a better leader by watching leadership in action. 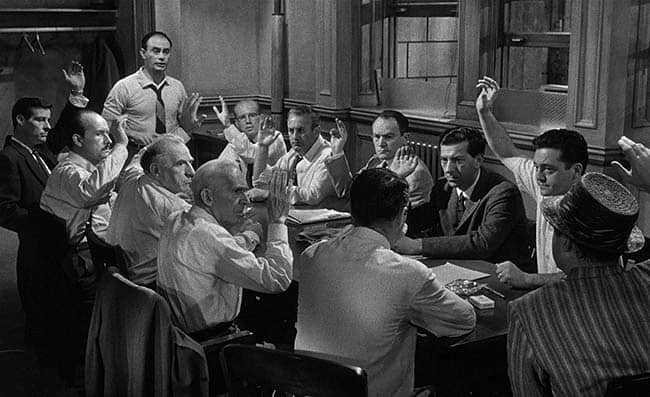 This is a superb film you can use to discuss the power of influence.

The film starts off with the jury having to decide if a person is guilty of murder or innocent. The jury wanted to make a quick decision so that they can leave the room quickly, but one single member tries to persuade the other eleven members to acquit the suspect on trial on the basis of reasonable doubt.

1. The Power of Influence
The show shows how one man can influence a whole group through logic and sound reasoning. It is a great show to illustrate active influence in action and also how a group of different personalities interact in a jury setting.

2. Personalities are usually caused by past events
The show begins with a man showing extremely prejudice against the young man to be convicted. However, toward the end of the show, we saw that the prejudice was caused by events in the past that affected him personally.

As leaders, we must understand that certain beliefs, values and resulting personalities do stem from things that have happened to a person in the past. When there’s a limiting belief or level of pessimism, instead of accepting a person of being ‘just like that’, perhaps we can look into the person’s past for a possible answer.