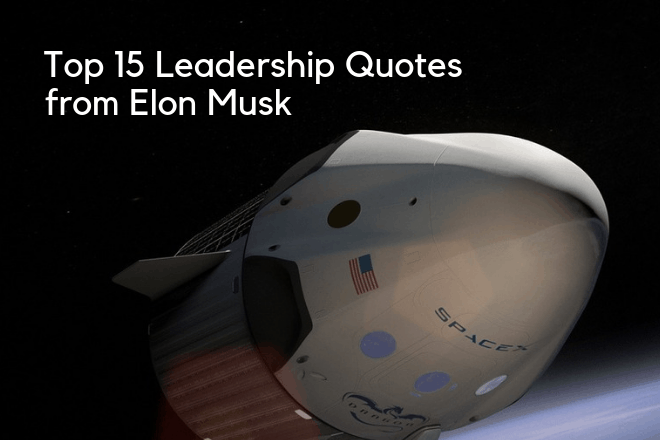 Elon Musk is well known for his leadership roles in Paypal, SpaceX and Tesla Motors.  What can we learn from his leadership at the helm of those companies?  Here are the top 15 leadership quotes from Elon Musk.

“When something is important enough, you do it even if the odds are not in your favor.”

“Failure is an option here. If things are not failing, you are not innovating enough.”

“If you want to grow a giant redwood, you need to make sure the seeds are ok, nurture the sapling, and work out what might potentially stop it from growing all the way along. Anything that breaks it at any point stops that growth.” 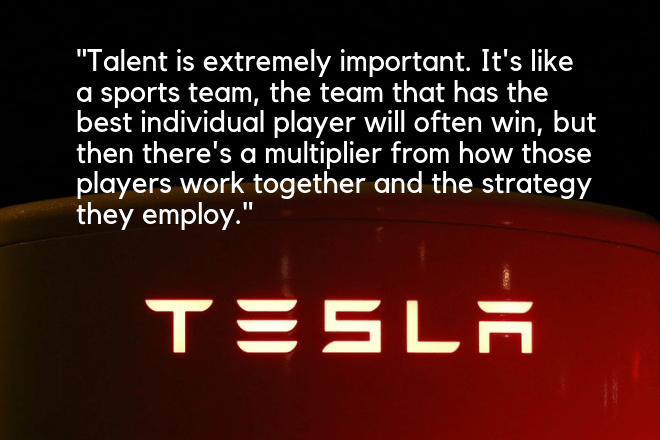 “Talent is extremely important. It’s like a sports team, the team that has the best individual player will often win, but then there’s a multiplier from how those players work together and the strategy they employ.”

“Work like hell. I mean you just have to put in 80 to 100 hour weeks every week. [This] improves the odds of success. If other people are putting in 40 hour workweeks and you’re putting in 100 hour workweeks, then even if you’re doing the same thing, you know that you will achieve in four months what it takes them a year to achieve.”

“People work better when they know what the goal is and why. It is important that people look forward to coming to work in the morning and enjoy working.”

“A company is a group organized to create a product or service, and it is only as good as its people and how excited they are about creating. I do want to recognize a ton of super-talented people. I just happen to be the face of the companies.”

“The problem is that at a lot of big companies, process becomes a substitute for thinking. You’re encouraged to behave like a little gear in a complex machine. Frankly, it allows you to keep people who aren’t that smart, who aren’t that creative.”

“Some people don’t like change, but you need to embrace change if the alternative is disaster.”

“My biggest mistake is probably weighing too much on someone’s talent and not someone’s personality. I think it matters whether someone has a good heart.”

“Really pay attention to negative feedback and solicit it, particularly from friends. … Hardly anyone does that, and it’s incredibly helpful.”

“If you’re co-founder or CEO, you have to do all kinds of tasks you might not want to do… If you don’t do your chores, the company won’t succeed… No task is too menial.” 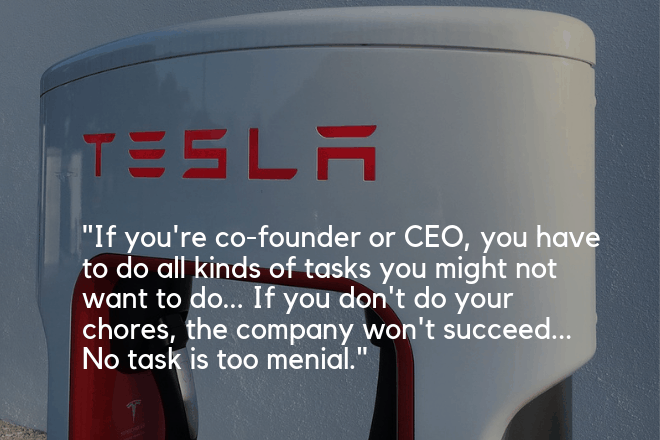 “People should pursue what they’re passionate about. That will make them happier than pretty much anything else.”

“I always have optimism, but I’m realistic. It was not with the expectation of great success that I started Tesla or SpaceX… It’s just that I thought they were important enough to do anyway.”

“It’s very important to like the people you work with, otherwise life [and]your job is gonna be quite miserable.”