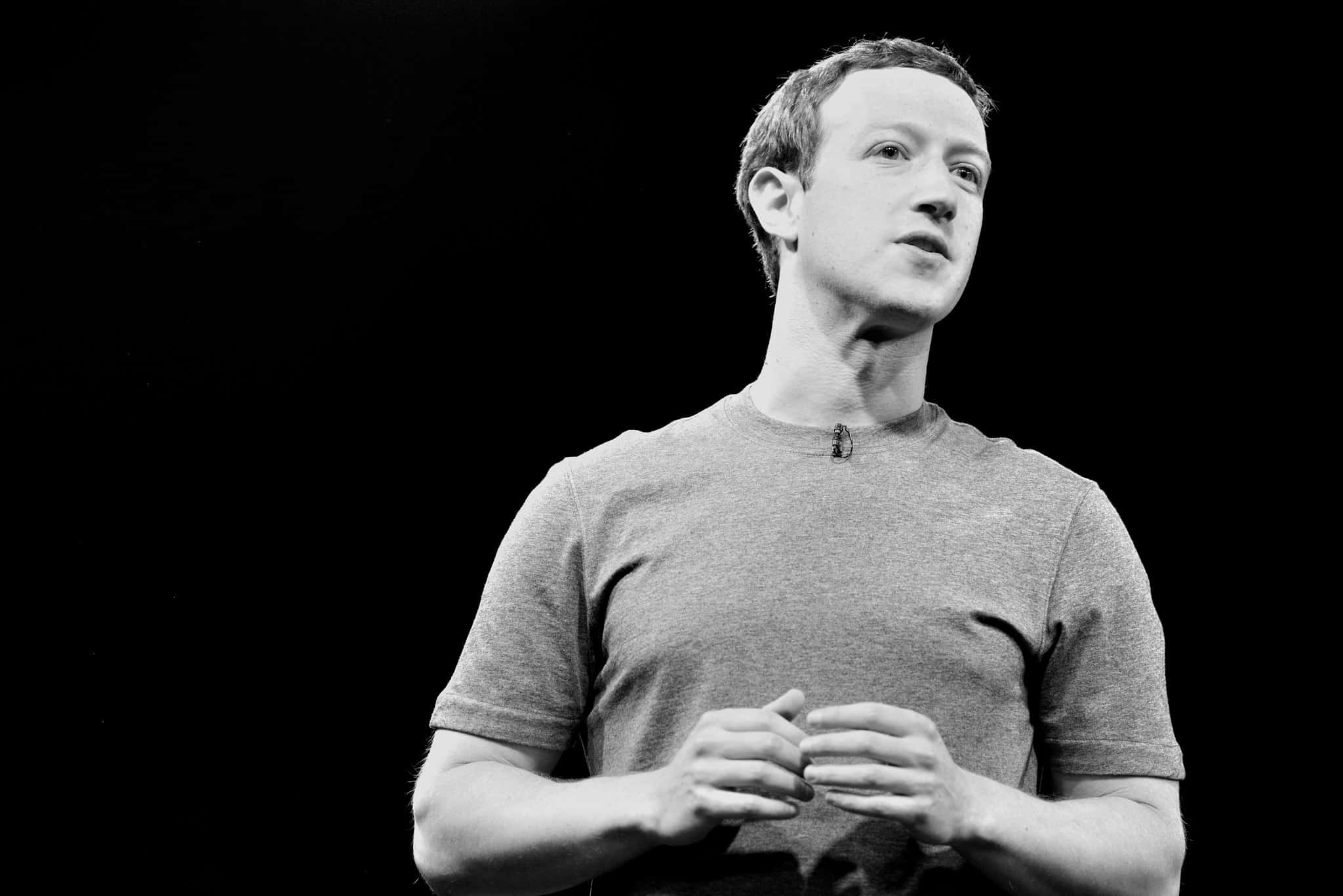 Mark Zuckerberg is the co-founder, chairman and Chief Executive Officer of Facebook, the largest social networking site in the world. Today, Facebook has over 1.7 billion active users and Zuckerberg’s net worth is estimated at US$55.3 billion. Time Magazine named him Person of the Year in 2010. 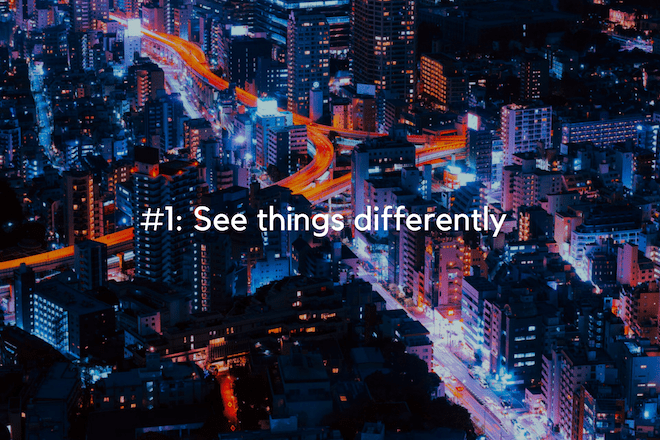 Facebook exists because Zuckerberg had a vision for it. Yes, he was a talented coder, but his vision differentiated him from others with the same skill set. With his programming skills as the basis, he built an online platform for people to connect with each other.

At that time, other social networks such as MySpace and Friendster already existed, but they were predicated on the idea that you could be anyone online. There was an element of anonymity on those networks. Zuckerberg’s Facebook tapped into the idea that people want to extend their real selves into the online world, that people want to merge their online and real-life identities. His ability to see things differently and create something to meet this untapped desire is what led to Facebook.

Ultimately, Zuckerberg’s vision is to create a world that is more open and interconnected, and he views the Internet (and Facebook) as a conduit through which information can be more freely shared and people can communicate more easily. No one else could have envisioned how a social network could become such an integral part of our lives today — except Mark Zuckerberg.

Do you have a vision for a better team, organization, world? What excites you? What drives you? These are some key questions to ask yourself as a leader. Visionary leaders are those who have a passion and purpose, and are motivated to bring their vision to life. 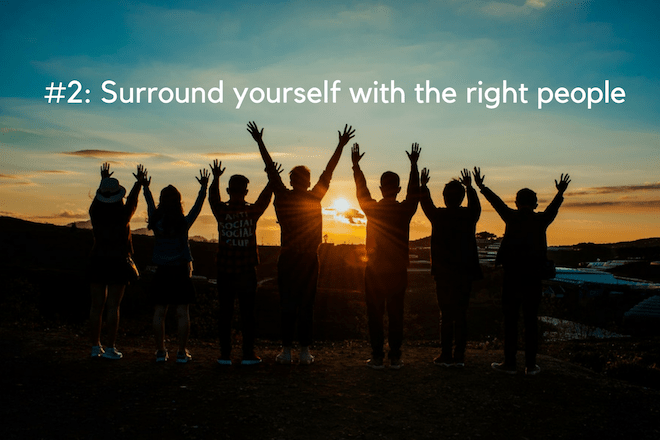 2. Surround yourself with the right people

Zuckerberg knew that he needed to surround himself with the right people in order to bring his vision to life. When Facebook was first launched, he partnered with roommates and friends who believed in the project and had skills that would complement his technical background. For example, Eduardo Saverin assisted Zuckerberg with the business side of Facebook in those early days.

As Facebook expanded, Zuckerberg continued this same strategy of partnering with people who are similarly passionate about his vision for Facebook. Hiring Sheryl Sandberg, who is still Facebook’s COO today, was one such move which has propelled Facebook’s growth. Zuckerberg has the imagination, and he can trust Sandberg to execute his ideas.

As a leader, having the right people around you can lift you even higher. Find peers and colleagues who share your vision, and with complementary skill sets and similar values. Together, the road to success will be smoother. 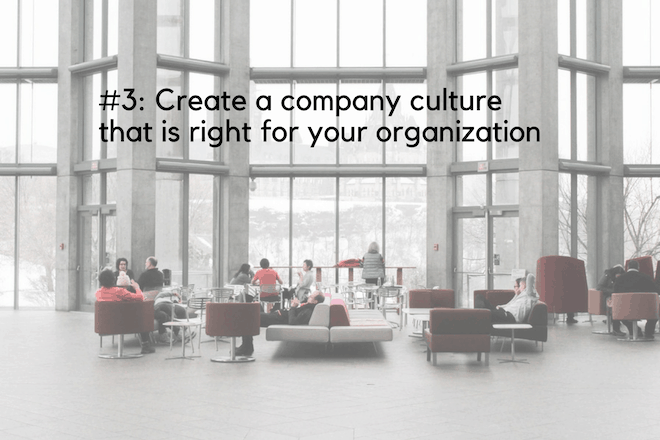 3. Create a company culture that is right for your organization

Facebook is well-regarded as a company that values innovation, creativity and out-of-the-box thinking. Like many technology companies, it boasts a hierarchy that is more flat than the typical Fortune 500 company, and it favors openness and friendly competition.

At Facebook, it’s all about employee autonomy. Employees are encouraged to work on projects that they are passionate about; rank or experience doesn’t matter as much as contributions do. Zuckerberg holds a weekly Q&A with his staff, a ritual that allows people to feel more included in big organizational decisions, and better understand where the company is headed and their own part in it. This great article by Fast Company highlights how Facebook’s keeps scaling its company culture as it grows.

Facebook’s company culture works for them given their company mission and the fast-changing nature of the tech industry. As a leader, it is your role to create the company culture that is right for your organization. What is the current culture in your company? How can you help to shape it? Having the right company culture can help you reach your goals more easily — it’ll attract the right type of people, make it more fun and fulfilling to be in the office, and give your work meaning and purpose.

Who is Mark Zuckerberg? A Short Biography 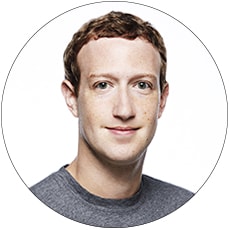 Mark Zuckerberg was born on May 14th, 1984 in White Plains, New York.  He was interested in computers and programming as a young boy; his father even hired a private tutor to teach him and Zuckerberg took a graduate-level course in software development while he was still in high school. He spent his teen years building software programs, including one called ‘ZuckNet’ which connected the computers in his father’s dental office and their house.

Zuckerberg enrolled at Harvard to study computer science and psychology, and continued to devote a lot of his time to programming. Before Facebook, he created a site called Facemash wherein photos of two students were placed side by side and users voted on who was hot or not. The site was shut down a few days later and Zuckerberg faced charges and even threat of expulsion — but all charges were eventually dropped.

Building Facemash inspired Zuckerberg, and in January 2004, he began coding a site that would eventually become Facebook as we know it today. Initially named theFacebook, access to the site was made available to students in Kirkland House, the dormitory that he was living in. It proved to be so popular that after one month, over half of the Harvard undergraduate student population were on the social network. Access to Facebook was then opened to Yale, Columbia and Stanford, then other Ivy League colleges, and most universities in the United States and Canada.

In June 2004, Facebook was incorporated and moved its operations to Palo Alto, California. Zuckerberg dropped out from Harvard in order to further build and expand Facebook. Facebook continued to grow as access was given to universities around the world, high schools and then companies. Eventually, on September 26th, 2006, anyone over the age of 13 with a valid email address could register on the social network.

The advent of Facebook spurred the rise of other social media networks such as Twitter and Instagram, and has revolutionized that way we connect with others online. When Facebook introduced advertising and Facebook Pages for businesses, they introduced a new channel for marketing and brand-building.

Today, Facebook has over 1.7 billion active users and is the most popular social networking site in the world. In 2015, Facebook’s annual revenue was US$17.9 billion.

As of October 2016, Zuckerberg’s personal net worth is estimated at US$55.3 billion. He was named Time’s Person of the Year in 2010. Together with his wife Priscilla, he has pledged that during their lifetime, they will donate 99% of their Facebook shares to the Chan Zuckerberg Foundation which focuses on healthcare and education issues. 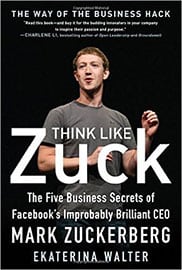 How did one man change the everyday life of millions throughout the world? Can the incredible success of Facebook even be replicated? Explore the secrets behind Mark Zuckerberg and the world’s largest social network. 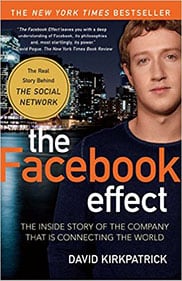 The Facebook Effect: The Inside Story of the Company That Is Connecting the World

Facebook has become a major part of most of our lives, and is undeniably one of the fastest growing companies, with no signs of slowing down growth. This intriguing book brings us an exclusive view behind Facebook.

Watch this interview with Mark Zuckerberg: