Sam Walton is the founder of Walmart, the international discounting retail giant. He is a model business leader who has changed the way big business is done. In his life, he has built Walmart from a single store to one of the largest corporations in America. 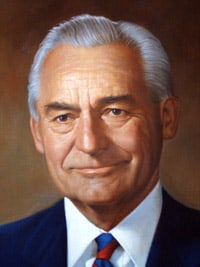 Sam Walton was born on 1918 in Kingfisher, Oklahoma. During his teenager years, it was during the Great Depression and this cultivate the habit of prudence in Sam Walton, even till his old age.

Walton was a high achiever in his school days; he was President of the student body in his senior year. He won state titles in both basketball and football and performed well enough academically to receive honors.

Walton always wanted to be in retail from his youth and he had a deep passion for it. Apart from a short stint in the military, he had been in retail for the whole of his life.

His first job started in JC Penney at a management training program, but he left soon after because he enlisted in the military for World War II.

When he returned from World War II, he wanted to start variety stores and he bought a Ben Franklin franchise to start off. He did extremely well with the franchise and achieved extremely good sales in his stores.

His strategy of buying in bulk and discounting proved to be a hit with the customers and it was then that he saw a future in discounting.

Over time, he opened up several more Ben Franklin stores with his father and brother assistance. 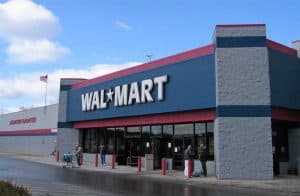 Because he felt that he could not have the flexibility to run the business with Ben Franklin stores, he decided to set up his own Wal-mart store; the first one in Arkansas.

With his Wal-mart, he began to use the discounting strategy that he had begun to adopt in the Ben Franklin stores. It proved to be wildly successful and he saw that discounting was the future of retail.

With this strategy, he began expanding in the area, and ultimately all over the United States. Eventually, Wal-mart became the largest corporation in the US, with revenue of US$404 billion in 2009.

Sam Walton had simple values that guided him through his life and business. He didn’t follow the latest management fad, nor did he believe in any of the get-rich-quick ideas. He was solidly living his life by the values that he grew up with.

Similarly, as a leader building a team or an organization, you need to get away from all the ‘noise’ about the latest management framework, or the next idea about how leadership should be done.

The principles that existed for thousands of years still exist today and all you have to do is follow them, and people will follow you. There is nothing new under the sun and you shouldn’t be swayed by different ways and ideas; but stick to your values and you will be successful.

Sam Walton didn’t start off his variety stores with an ambition to become rich; he simply had a passion for his craft and at each point in time, he only wanted to do it better and better.

If you follow the money, you’ll be running from one business opportunity to another without any focus. But Sam Walton had one focus: retail and so should you. When you follow your passion, you’ll be successful in whatever craft you do, and you will become a leader in that field that you commit yourself to.

3. Take care of your people

Sam Walton took extremely good care of his employees and he gave very employee a chance to become successful with him by allowing them to purchase stock options of Wal-mart at a discount. He treated them as associates of the business and wanted them to enjoy part of Wal-mart’s success.

If you can value every single employee or team member in your organization, it will help toward your personal success as well. But do it only because you genuinely care. Make them part of the organization by allowing them to share the organization’s success, be it by stock options or other forms of rewards.

There’s a saying that goes, if you can make people around you successful, then you will be successful too. 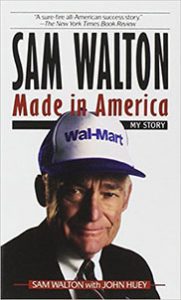 Sam Walton: Made In America

From a modest little store in Arkansas, to a multinational retail corporation that we know today as Walmart, Sam Walton recounts his story of building an empire. 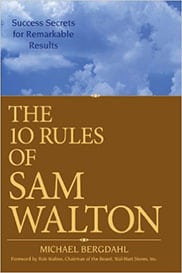 The 10 Rules of Sam Walton: Success Secrets for Remarkable Results

Regardless of your current status and position in life, these rules and advice for success by one of America’s great businessmen will take you to another level. Discover Sam Walton’s secrets to reach sky-high goals. 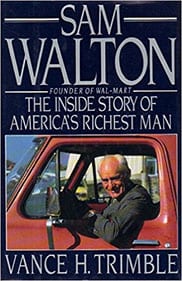 Sam Walton: The Inside Story of America’s Richest Man

It is the hard work, character, respect, and ambition that made Sam Walton one of the richest people in America. But what was his life really behind the global success of Walmart? The Pulitzer Prize-winning journalist Vance H. Trimble offers a candid view on Sam Walton’s character and life.

“We’re all working together; that’s the secret.”

“Outstanding leaders go out of their way to boost the self-esteem of their personnel. If people believe in themselves, it’s amazing what they can accomplish.”

“Each Wal-Mart store should reflect the values of its customers and support the vision they hold for their community.”

“High expectations are the key to everything.”

“I had to pick myself up and get on with it, do it all over again, only even better this time.”

“I have always been driven to buck the system, to innovate, to take things beyond where they’ve been.”

“There is only one boss. The customer. And he can fire everybody in the company from the chairman on down, simply by spending his money somewhere else.”

“We let folks know we’re interested in them and that they’re vital to us. cause they are.”