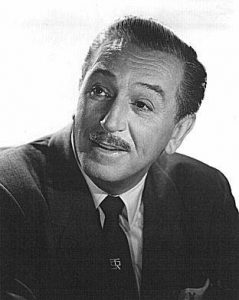 Walt Disney was the co-founder of Walt Disney Productions, one of the most influential motion picture production companies in the world. He was also the creator of the world-famous Disneyland, which attracts over 15 million visitors a year.

Born on December 5th, 1901, Walt Disney was the fourth son of Elias and Flora Disney. He developed a love for drawing at a very young age when he was paid to draw a neighbor’s horse. In high school, he was the cartoonist for the school newspaper. He dropped out of high school at 16 and joined the Army where he was an ambulance driver.

At 19, he started his first commercial company called Iwerks-Disney Commercial Artists. He experienced a rough start with this venture, prompting Disney to leave for another ad company.

In 1921, Disney started his first animation business and made his first-ever animated series called “Newman Laugh-O Grams”. However the income from the cartoons was not enough to save his young company from bankruptcy.

Unfazed by setbacks, Walt moved to Hollywood to continue pursuing his dream of creating a successful cartoon series. He faced many failures and challenges before he finally created the Mickey Mouse character in the late 1920s.

Mickey Mouse was very well received by the public and even overshadowed the then-popular Felix the Cat. Mickey served as a springboard for Disney’s early career, which included successful movies like “Snow White and the Seven Dwarfs” and “The Three Little Pigs”.

In the late 1940’s, Disney began envisioning a plan for an amusement park. Disneyland opened in 1955 with the goal of becoming a source of joy and inspiration to the world. Today Disneyland directly employs more than 20,000 employees and receives over 15 million visitors per year.

These are some of the awards and honors that Walt Disney has received:

Walt Disney was a dreamer. Even after he achieved success, he never stopped pursuing new ideas and creating new cartoons. He didn’t become complacent and continued to innovate.

Never stop innovating and dreaming. The possibilities are only limited by your imagination! The desire for innovation translates into the desire to continuously learn and grow in order to be better at what you do.

Disney suffered many setbacks throughout his career. Mickey Mouse wasn’t created in a day, and Disney certainly wasn’t an overnight success! A closer look at Walt Disney’s story shows he went through a difficult 10 year period between starting his first business and achieving success with Mickey Mouse.

Tenacity and persistence are key to success in any difficult venture. Everyone goes through tough times, especially while chasing a larger-than-life dream. But it is your commitment and persistence that helps you stand out from the crowd and attracts people to follow your vision.

Human beings naturally think in stories, not in abstract concepts. To say Walt Disney understood this is an understatement, as he built his Disney empire on storytelling.  But what many people don’t know is that Disney often used storytelling in his meetings with executives and team members to illustrate his company vision.

When you need your team to learn a new concept or strategy, don’t forget the importance of telling a compelling story. It will help them solidify what they’ve learned, make better decisions and communicate the vision to their own teams. 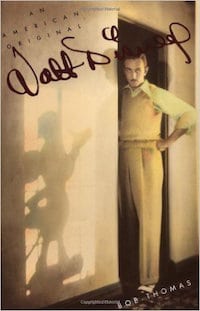 Explore the fascinating story behind one of the most recognized symbols of the American culture, the man who created Mickey Mouse and influenced the childhoods of so many generations. Walt Disney: An American Original comes with a collection of rare photographs, exclusive research, and fascinating tales from Disney. 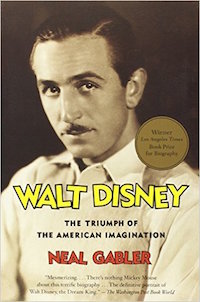 Walt Disney: The Triumph of the American Imagination

How did an unschooled cartoonist from Kansas City rise to a status of a legend and transcend boundaries of imagination, technology, and creativity to form a worldwide empire? This revelatory portrait shows the hidden life and unwavering passion that led Walt Disney to stardom. 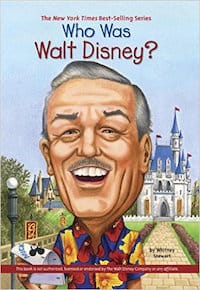 Who Was Walt Disney?

The mesmerizing magic of Disney has never been replicated no matter how many times it was attempted. The soul, hard work and care were the key elements behind its immense success. But what kind of life did the creator have? Was it happiness and joy, or hardships and struggle that inspired him to change the American culture forever?

“The way to get started is to quit talking and begin doing.”

“There is more treasure in books than in all the pirate’s loot on Treasure Island.”

“We allow no geniuses around our Studio.”

“A man should never neglect his family for business.”

“Of all the things I’ve done, the most vital is coordinating those who work with me and aiming their efforts at a certain goal.”

“Our heritage and ideals, our code and standards – the things we live by and teach our children – are preserved or diminished by how freely we exchange ideas and feelings.”

“We are not trying to entertain the critics. I’ll take my chances with the public.”

“You reach a point where you don’t work for money.”

“Disneyland is a work of love. We didn’t go into Disneyland just with the idea of making money.”

“Disneyland will never be completed. It will continue to grow as long as there is imagination left in the world.”

“I always like to look on the optimistic side of life, but I am realistic enough to know that life is a complex matter.”

“I believe in being an innovator.”

“When you believe in a thing, believe in it all the way, implicitly and unquestionable.”

“When you’re curious, you find lots of interesting things to do.”

“I have been up against tough competition all my life. I wouldn’t know how to get along without it.”

“I’d say it’s been my biggest problem all my life… it’s money. It takes a lot of money to make these dreams come true.”

“All our dreams can come true, if we have the courage to pursue them.”

“All the adversity I’ve had in my life, all my troubles and obstacles, have strengthened me… You may not realize it when it happens, but a kick in the teeth may be the best thing in the world for you.”

“It’s kind of fun to do the impossible.”

“Of all of our inventions for mass communication, pictures still speak the most universally understood language.”

Watch the documentary about Disney World: