There is a difference between work groups and teams.

While all teams consist of working groups, not all groups can be considered teams.

Departments such as marketing, finance, human resource have been organized into working groups to fulfill the basic functions of the organization.

However, this new era has brought about a greater need for innovation and creativity; bringing about the need to maximize the potential of every individual.

Difference Between
Work Groups and Teams

1. A leader dominates and controls a work group, while in a team, the leader is a facilitator.

In a work group, a leader usually dictates how the work group should run and function. All direct reports will look to the leader for direction and decisions.

In a team however, a leader facilitates the discussions with the team members. Each member’s input is taken into consideration and made part of the final decision.

2. The goals of a work group is often set by the leader or the head of the organization, while in a team, the members usually set the goals.

An organization often has pre-determined goals that the work group adopts as a part of their plan, but a team comes together to decide on their shared goals and objectives.

3. In a work group, the leader is obvious and he conducts the meeting; while in a team, the members are often actively participating in the discussions.

In a work group, members often just give ‘yes’ or ‘no’ answers to the leader in the meeting or at most some minor suggestions because the meetings are usually a relay of information.

In a team, members are often actively participating and discussing about the issues at hand, offering their input spontaneously. This often creates a synergistic solution to many problems as the issue is seen from different perspectives.

4. In a work group, the leader assigns work to the members, while in a team, everyone decides together on the work assignments.

Work is usually decided from the top-down in a work group; roles and responsibilities are clearly defined and each individuals knows what their function is.

In a team, the work is usually decided collectively, and then the work is distributed accordingly to each individuals strengths, abilities and competence areas. 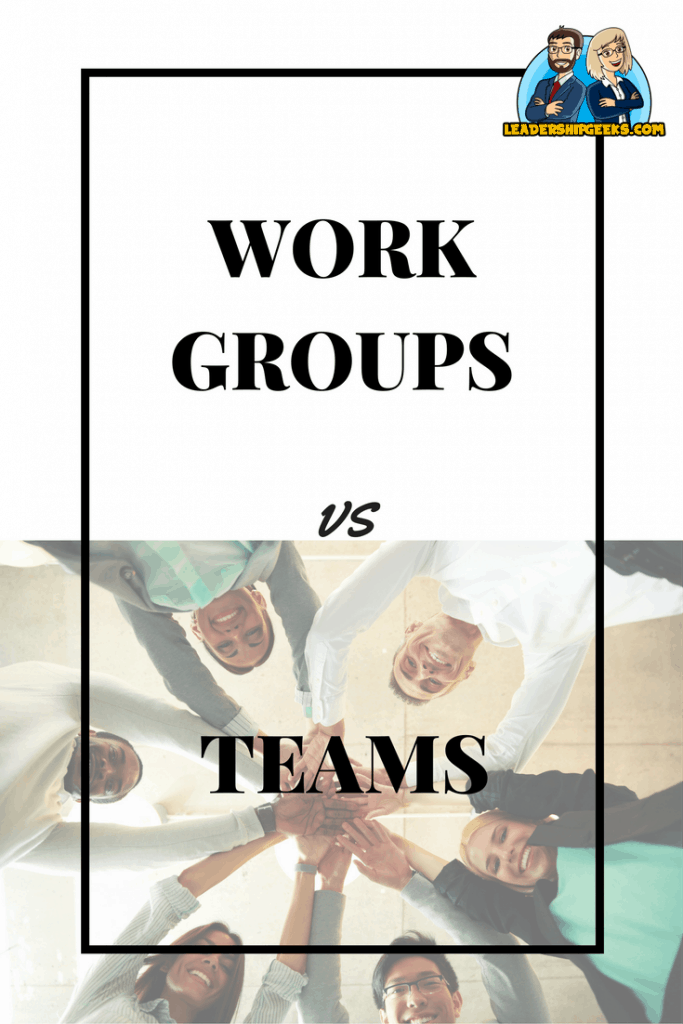 Return from Difference Between Work Groups and Teams to Team Building

Creating a Team Mission Statement
Before your team can work effectively, you must set the vision for the team so that every individual in the team understands the purpose of coming together. Are they coming together for a common interest, a specific project, or for a long term vision?

Formulating Great Team Mottos
A team motto captures the values of a team in a few words or a phrase. Learn about some simple team mottos and how you can create a great team motto for your team.

Setting the Stage for Teamwork
Before you send your team off to do their task, you must set the context and the foundation so that your team will succeed. You need to set expectations, make certain rules within the team and more.

The Barriers to Team Success
There are several barriers to building a successful team. Learn about the pitfalls in teambuilding and how you can avoid them.

Why Doesn’t My Team Speak Up?
Getting your team to speak up is probably one of the greatest challenges you will have as a leader. You need to move your team’s mindset from the traditional top-down decision making process into the new paradigm.

Generating a Cool Team Name
Creative, Clever and Cool Team Name is an article about choosing the right name for your team. It also provides you with a random team name generator that you can use to brainstorm for ideas!