Essays on Leadership: Great Responsibility needs Great Power talks about the need to empower your team with the necessary tools and resources in order for them to complete their tasks effectively.

You might have heard of the famous Spiderman quote: “With great power comes great responsibility.” 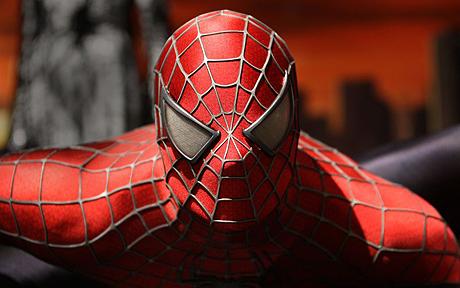 No doubt, if you have been given authority and decision making power, you must realize the lives and livelihoods that can be impacted by your decisions.

You therefore hold a great responsibility not just to yourself, but to others as well. But is the converse true?

Yes, I would argue.

If you would delegate responsibility to someone, you need to equip that person with the power as well.

Managers and leaders often commit the mistake of giving people responsibility and not giving them the corresponding power to execute their responsibilities well.

How many people have you met that were frustrated with their jobs simply because they had job responsibilities that they did not have power to fulfill?

They try their very best, but they become resigned or frustrated because they realize they simply do not have the resources; decision making power; time to fulfill it.

In other words, they were given a task, but they were not given the resources to complete that task. “Conquer that land and rule over it! Here, you shall have a measly soldier for your mission.”

Is it any surprise that the mission will not be completed?

But sadly, that’s how managers often treat their staff.

Most people are capable of good judgement and can fulfil tasks with relative competency.

That is, if you give them sufficient resources, they will be able to achieve what is asked of them. More often than not, it is leaders that underestimate the resources required of the task, and as a result, under-equip their team.

Resources can come in the form of manpower, time, finances, and whatever is required to fulfil the task at hand.

Besides the lack of resources, another mistake that managers and leaders make is to not give their team the full decision making power over their resources.

Maybe the resources have been given, but yet, maybe out of insecurity or the need for control, power has not been delegated to the team member or staff to execute the task.

That is simply not good leadership. That is soul-killing micromanagement.

As a leader, you want bring out the potential of every person by giving him the resources necessary for the task and then trusting him to complete the job!

Imagine this, a king sends a general to a faraway land to invade and conquer. He gives the general sufficient resources, soldiers, supplies, horses and weapons to last the expected period of the war.

Can you imagine how FRUSTRATING that will be for the general?

The army would be so ineffective that nothing will probably be done. And it’s going to be the general’s fault.

You see how incredulous that is? But yet, that’s what most managers do. They send their team on a mission, but they do not trust them enough to make the right choices, so they micromanage.

In the end, the manager gets dismal results because of it. Whose fault is it really?

If you’re a leader, remember to trust your team!

Give them the resources that they need, and give them power to execute the task or the mission.

You will find that you actually have a team of truly capable generals that can execute and perform when they are truly given these.