Fiedlers contingency theory was developed by Fred Fiedler in the late 1960s. He believes in a situational leadership style; i.e. the successful leader is one who adapts his style to the circumstance. 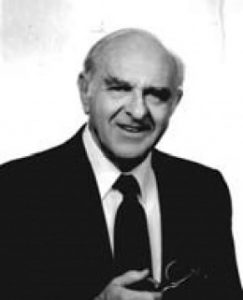 According to Fiedlers Contingency Theory, the elements that would affect the effectiveness of leadership are:

He believes that the most favorable situation for a high level of achievement is a clearly defined job scope, high positional power and a good relationship between leaders and followers.

A high positional power means that the leader stands clearly above everyone else and is recognized as the final voice on any issue. All members are willing to submit themselves to this leader.

How Can You Apply Fiedlers Contingency Theory?

Fiedler pointed out three points that made a leader effective, and you have some learning points there:

How clearly defined and structured the job scope is
Having clear instructions are very important to your team’s effectiveness. People’s motivation to complete a task increases once the tasks are well-defined and specific.

By setting expectations straight, your team is able to know if they have achieved their target simply by checking their completed task against your list of expectations for that particular task.

However, a lot of managers and bosses often give very vague instructions.

For example, “Write a report about the current economic situation and how it relates to our business.”

This statement is vague and someone who hears it is likely to be frustrated by the lack of specificity and clarity of what he or she is required to do. The project is not scoped! This will lead to frustration and unnecessary stress.

The leader could have prevented all these and had a higher level of productivity from his team had he given clearer instructions.

In Western cultures, leadership tends to take on a more democratic form, where feedback is obtained and what the team says matters as much as the leader.

In Asian cultures, however, the leader is seen as king. What he says is final and his decisions are not questioned. Questioning the leader’s decision may be seen upon as rebellion or insubordination.

It is likely that a high positional power leads to greater productivity as there is only one mind leading the team. With the singular vision, it is more likely that the team will be more efficient.

However, some may argue that a diversity of views leads to synergy and better ideas. Studies have proven inconclusive about such facts as they may also lead to group-think or division.

The relationship between leaders and followers

Coupled with a high positional power is also a willingness to build a relationship with the team. People will work more effectively if their leader is someone that they like and trust, and so it is important that you learn to develop effective communication skills.

As a leader, you work with people all day and it will enhance your influence by learning how to communicate better.

Above all, Fiedler speaks of adaptation in leadership styles. There is no one-size-fits-all leadership. The best leaders are adaptable and will adjust themselves according to the situation.

» Path-goal theory
The path-goal theory of leadership was developed by House, Evans and Mitchell. It proposes that a person’s motivation to complete any task was dependent on three factors

» Situational Leadership theory
Paul Hersey and Kenneth Blanchard developed the situational model of leadership relates four different leadership styles to the follower’s confidence and ability to carry it out.