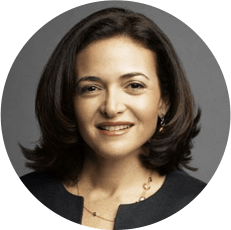 She authored a book titled “Lean In”, which examines why there are so few women leaders and provides solutions for women to fulfill their potential. Sandberg also founded the Lean In Foundation, an organization that aims to empower women to reach their goals through education and providing support.

Sheryl Sandberg was born on August 26 1969 in Washington D.C. and is the oldest of three siblings. As a young girl, Sandberg excelled in school and graduated from high school as the ninth in her class. She went on to study economics at Harvard College and was the top graduating economics student. During this time, she connected with Larry Summers, who was a professor and she interned for him at the World Bank. In 1995, she received her MBA from Harvard Business School.

Her first job was as a management consultant with McKinsey & Company. Then she reconnected with Larry Summers who was the U.S. Secretary of the Treasury at the time, and Sandberg worked at the Treasury from 1996 to 2001.

Following that, Sandberg joined the tech industry when she became Vice President of Global Online Sales and Operations at Google. A meeting with Mark Zuckerberg at a Christmas party resulted in a move to Facebook in March 2008 as Chief Operating Officer. She joined the Facebook board of directors in 2012 and is the first female board member.

Thanks to her Facebook stock options, Sandberg is one of the 172 female billionaires in the world today.

1. Be open to opportunities

One of the key takeaways from “Lean In” is Sandberg’s view of her career not as a linear progression but as a jungle gym.

“I always thought I would run a social movement, which meant basically work at a nonprofit. I never thought I’d work in the corporate sector.” So how did she end up at Google and then Facebook? Sandberg was open to opportunities, and recognized how working in technology would align with her sense of social justice. She saw how Facebook had the potential to change the way we connect and communicate, and she wanted to be a part of it.

While it is important to have goals, things sometimes unfold in surprising ways so don’t be closed off to possibilities! In your leadership journey, stay open to opportunities that align with your personal values and build your own ‘jungle gym’ path!

2. Desire to have a positive impact on the world

Sandberg grew up in a family that believed in helping others and making a difference in the world; they were actively involved in helping Jews in the Soviet Union during the refusenik era wherein Jews were refused the right to emigrate. Sandberg’s experience interning for Larry Summer at the World Bank, where she worked on health-related projects in India, only reinforced this desire to have a positive impact on the world.

As Sandberg moved up the corporate ladder, she realized how women are underrepresented in leadership positions. She then used her stature as the COO of Facebook to highlight this issue, first with her TED talk “Why We Have Too Few Women Leaders”, and then with her book “Lean In”. The book not only addresses some of the reasons why so few women are in top positions but also provides support and encouragement for women to aim high and reach their goals. Her advocacy for more women leaders has

To help empower women, she created the Lean In Foundation to educate, inspire and support women to overcome challenges and achieve their goals.

Being a leader is more than just leading an organization well or making profits; leaders with a desire and vision to make a difference in the world are the ones who leave a lasting impact.

3. Ability to deal with criticism

The release of her book “Lean In” came with backlash. Among other criticism, Sandberg came under fire for being too elitist and was accused of being out of touch with the career struggles of the average woman. Sandberg’s thesis that having more female leaders would improve the workplace for all women was also criticised as a naive point that would not eradicate the structural barriers that impede women in the workplace.

Instead of being defensive, Sandberg acknowledged the privileges of her life and that she is “acutely aware that the vast majority of women are struggling to make ends meet and take care of their families”. She focused on how she wanted the book to inspire women from all walks of life to overcome their internal struggles regarding their career.

When you have a big vision, there will be people who will be against you or criticise what you are doing. However, the criticism doesn’t matter if your ideas and actions can lead to a positive change. Sandberg’s views have brought the issue of women in the office and female leadership into the spotlight and the work of the Lean In Foundation provides resources and support for women to make practical changes in their life — that is what matters.

As a leader, you must learn to deal with criticism. Take in any constructive comments, but if you truly believe in your vision, don’t let the nay-sayers derail you. 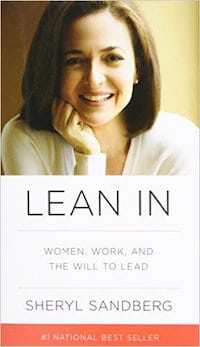 Lean In: Women, Work, and the Will to Lead

The voice of women in education and business has grown significantly in the past decades, and yet it is still not as loud as the voice of men. Why is this so, even in today’s developed society? Sheryl Sandberg examines the issues and obstacles facing women in the modern day world attempting to deliver solutions and goals for success. 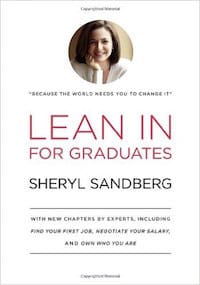 Lean In for Graduates: With New Chapters by Experts, Including Find Your First Job, Negotiate Your Salary, and Own Who You Are

Carefully updated and elaborated to address the graduates just making their start in the working world, this expanded edition of Lean In will empower, inspire and boost confidence in young readers. 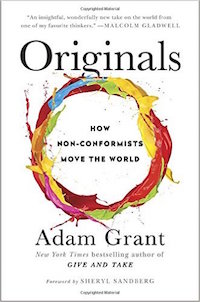 Originals: How Non-Conformists Move the World

Whether in business, politics, sports, sales, entertainment, or even personal life, a great idea can shine through and blossom as long as it’s recognized and brought to light. Written by Adam Grant and with a captivating foreword by Sheryl Sandberg, this book makes you rethink your entire view of innovation and how the world changes.

“The traditional metaphor for careers is a ladder, but I no longer think that metaphor holds. It doesn’t make sense in a less hierarchical world. … Build your skills, not your resume. Evaluate what you can do, not the title they’re going to give you. Do real work. Take a sales quota, a line role, an ops job, don’t plan too much, and don’t expect a direct climb. If I had mapped out my career when I was sitting where you are, I would have missed my career.”

“All of us, and especially leaders, need to speak and hear the truth. The workplace is an especially difficult place for anyone to tell the truth, because no matter how flat we want our organizations to be, all organizations have some form of hierarchy. What that means is that one person’s performance is assessed by someone else’s perception. This is not a setup for honesty.”

“Work hard, stick with what you like, and don’t let go.”

“So if you find yourself on one path but you long for something else, keep trying. And if that path isn’t right, try again. Keep trying and trying until you find something that stirs your passion, a job that matters to you and others. It is a luxury to combine passion and contribution, and it is also the clearest path to happiness.”

“I believe that if more women lean in, we can change the power structure of our world and expand opportunities for all. More female leadership will lead to fairer treatment for all women.”

“Every woman I know, particularly the senior ones, has been called too aggressive at work. We know in gender blind studies that men are more aggressive in their offices than women. We know that. Yet we’re busy telling all the women that they’re too aggressive. That’s the issue.”

Listen to her commencement keynote speech at University California, Berkeley in 2016: