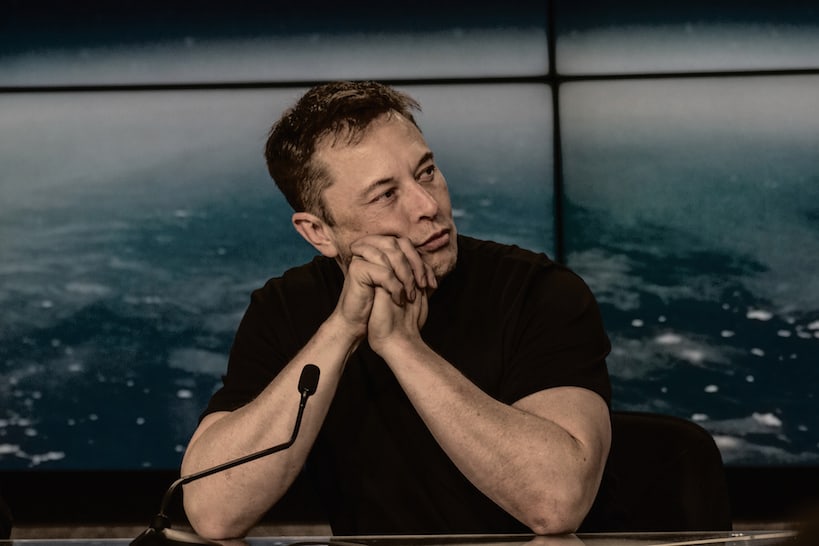 Elon Musk is a business mogul, engineer and inventor, best known for founding and leading SpaceX (a company that aims to lower the costs of building rockets with the ultimate goal of multi-planetary colonization by humans) and Tesla Motors (a company that produces electric cars). He is considered a visionary business leader who is advancing technology in areas such as space exploration and sustainable energy. As of October 2016, his estimated net worth is US$11.5 billion.

Elon Musk’s Leadership Style: The Top 3 Leadership Qualities of the man behind Tesla, SpaceX, and Paypal 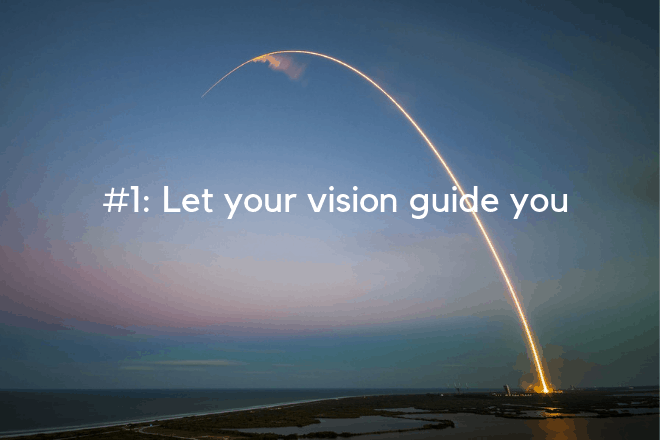 1. Let your vision guide you

As a young man, Musk discovered that he was keenly interested in a few fields that he thought would have an impact on the world: “the internet; sustainable energy; space exploration, in particular the permanent extension of life beyond Earth; artificial intelligence; and reprogramming the human genetic code.”

Throughout his career, he has made decisions and moves that align with this vision and help take him closer to achieving them. After making his mark in the dotcom industry with Zip2 and Paypal, Musk went on to his loftier dreams of space exploration and sustainable energy with his current business ventures. His vision is so strong and compelling that he inspires other like-minded capable individuals to join his companies and work towards those goals.

Musk once said, “If something is important enough, even if the odds are against you, you should still do it”. What is your vision? Do you have a strong belief in it? Do you stand firm in defence of your vision? As a leader, having a vision and communicating it to your team can make a big difference in the success of your organization. Even if your personal vision isn’t as revolutionary or world-changing as Musk’s, it’s important to have a goal that motivates you to do better and inspires your team to work together. 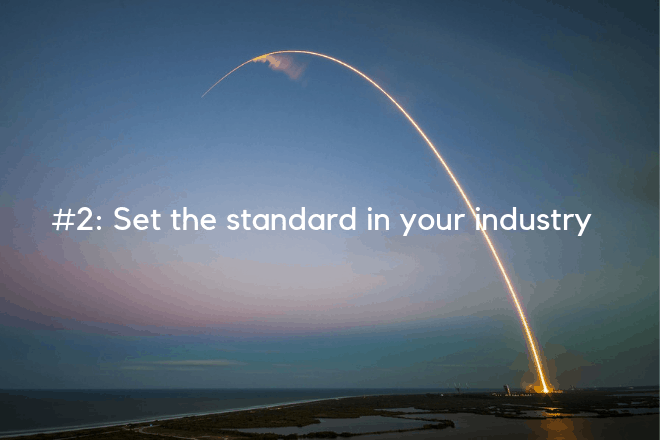 2. Set the standard in your industry

Musk is not content with doing what everyone else is doing; he seeks solutions for important, large-scale issues that will change the way we live. Whether it was Paypal where he championed the idea of an online banking institution, or SpaceX which has become the first private company to successfully launch a rocket and dock at the International Space Station, or SolarCity which promotes the use of solar energy as a sustainable energy source, Musk is disrupting large industries by setting a new standard.

Just like other visionaries before him such as Steve Jobs, Mark Zuckerberg and Larry Page, Musk is changing the world through following his passion, pursuing his big dreams, having laser-like focus on advancing technology to help humanity.

What can you do to set the standard in your industry? What would differentiate you from your competitors? How can you and your organization make a positive difference in the world? 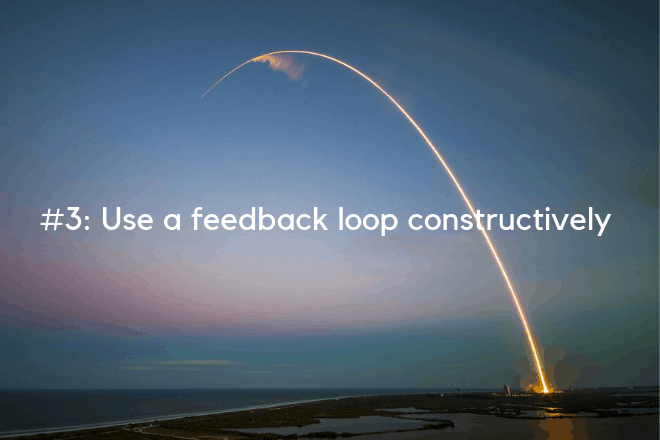 3. Use a feedback loop constructively

Musk is not afraid of failure and sees it as an organic part of any creation process. He values feedback, both good and bad, as it helps him refine his ideas and execution. He also uses the feedback loop as part of his self-reflection and self-improvement — he seeks to always do better than he did before as he knows that every improvement will lead him closer to achieving his goals.

From time to time, take the time to reflect on your own performance as a leader. Ask yourself questions such as, “How would I rate my leadership in the past 2-3months?”, “What could I have done better?” and “What can I do in future in order to perform at a higher level?”. In addition to self reflection, gather feedback from your colleagues and team, and use any constructive comments to improve processes, relationships and performance in the office.

Who is Elon Musk?  A Short Biography

Elon Musk was born on June 28th, 1971 in South Africa, where he grew up with his father after his parents divorced in 1980. As a child, Musk became interested in computer programming and taught himself to code. He attended private schools and had a tough time as he was severely bullied by his peers.

In 1989, Musk moved to Canada and began undergraduate studies at Queen’s University in Ontario. After 2 years, he transferred to the University of Pennsylvania. There, he earned two degrees — a Bachelor of Science in physics from the UPenn College of Arts and Sciences, and a Bachelor of Science in economics from the Wharton School of Business. He then moved across the United States to California to pursue a PhD at Stanford; but after two days, he left the program to pursue becoming an entrepreneur.

Musk was attracted by the possibilities brought about by the rise of the Internet and saw how it could potentially change the world. Together with his brother, he founded Zip2 which was an online directory for businesses. After a slow start (businesses considered the Internet and online advertising merely a fad), Zip2 took off and after 4 years, and the Musk brothers sold the company to Compaq.

His next venture was X.com, an online banking service he started in 1999. This merged with Confinity to become Paypal. The company was sold to eBay in 2002 and netted Musk US$180 million in the process.

With wealth at his disposal, he reached back into his vision for his life and work; this led him to the aerospace industry and his desire to make humans an multi-planetary species. Using his own money from the sale of Paypal, Musk started SpaceX, a company dedicated to lowering the costs of space travel.

Musk also co-founded Tesla Motors, which aims to build low-cost electric vehicles and revolutionize the automobile industry. He also had a hand in conceptualizing and financing SolarCity, which is now the second largest solar power systems provider in the United States. His other ventures include Hyperloop (his design for a high-speed transportation system that would drastically reduce travel times) and OpenAI (a non-for-profit research company dedicated to artificial intelligence).

Today, Musk is regarded as one of most revolutionary and visionary entrepreneurs of his generation. His contributions in the fields of aerospace and sustainable energy (among others!) will no doubt profoundly impact our world. 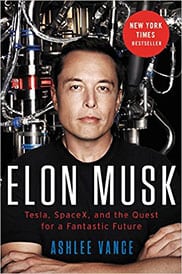 Elon Musk: Tesla, SpaceX, and the Quest for a Fantastic Future

From a turbulent childhood in South Africa, to the forefront of global entrepreneurship and innovation, Elon Musk is attempting to lead the world to a better tomorrow. Explore the amazing adventure he wishes to take us all upon. 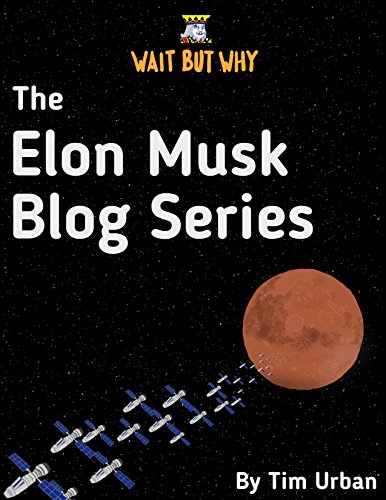 The Elon Musk Blog Series: Wait But Why

After Ashley Vance’s book, this is the best piece of writing out there on the man behind Space X and Tesla.

Wait But Why did an amazing series on Elon Musk. It’s long, but well worth the read!

Why is Elon Musk so scared of Artificial Intelligence?  Find out why in this fantastic piece (also from Wait But Why).

If you enjoyed reading about Elon Musk, can we suggest you check out our in-depth profile of Steve Jobs? Here’s part 1.

Also check out our Top 15 Elon Musk Quotes about Leadership.