You are at:Home»Leadership»50 Funny Leadership Quotes 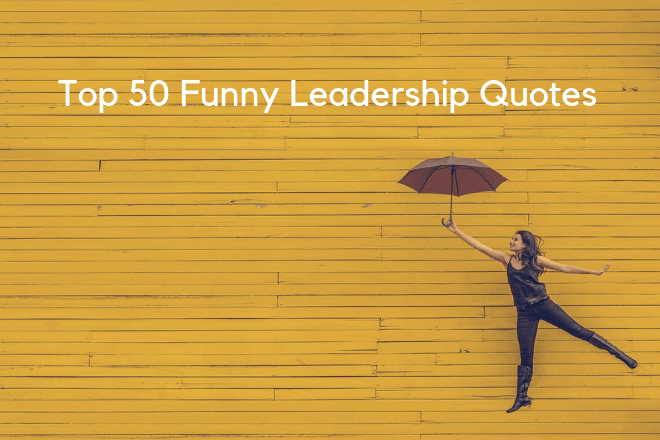 Not all quotes about Leadership have to be serious.  Funny quotes can also inspire us and help us become more adept leaders. Or, maybe you’re just looking for a quote to spice up your presentation and make people laugh. Well, you’ve come to the right place.

We scoured books and online for the best funny leadership quotes, and here are our top 50.  Enjoy 🙂

“The key to being a good manager is keeping the people who hate me away from those who are still undecided.”

“It’s hard to lead a cavalry charge if you think you look funny on a horse.”

“When trouble arises and things look bad, there is always one individual who perceives a solution and is willing to take command. Very often, that person is crazy.” 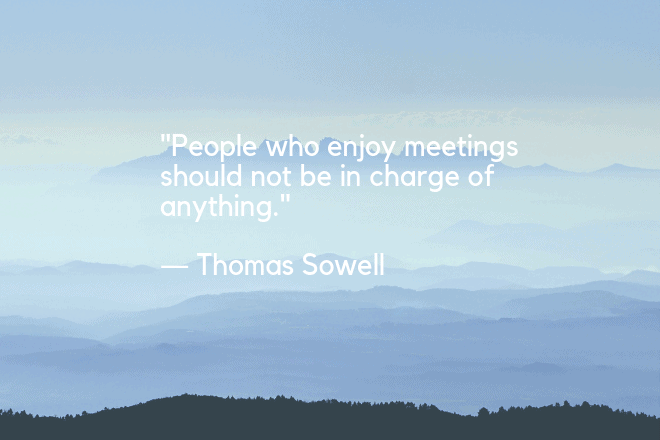 “People who enjoy meetings should not be in charge of anything.”

“Being powerful is like being a lady. If you have to tell people you are, you aren’t!”

“Leadership involves finding a parade and getting in front of it.”

“Leadership is the art of getting someone else to do something you want done because he wants to do it.”

“You don’t lead by hitting people over the head – that’s assault, not leadership.”

“Never underestimate the power of stupid people in large groups.” 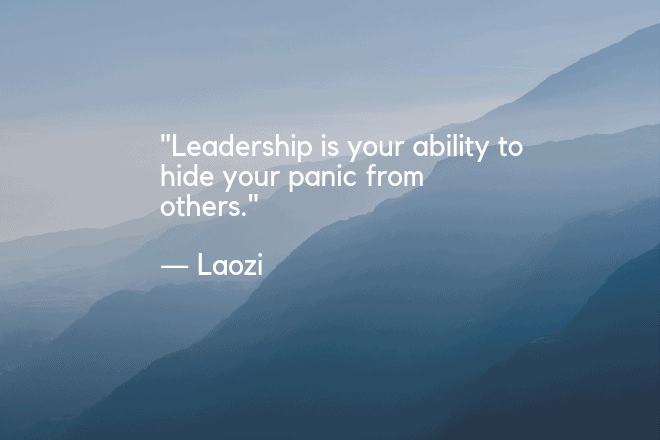 “Leadership is your ability to hide your panic from others.”

“First rule of leadership: everything is your fault.”

“In most cases being a good boss means hiring talented people and then getting out of their way.” 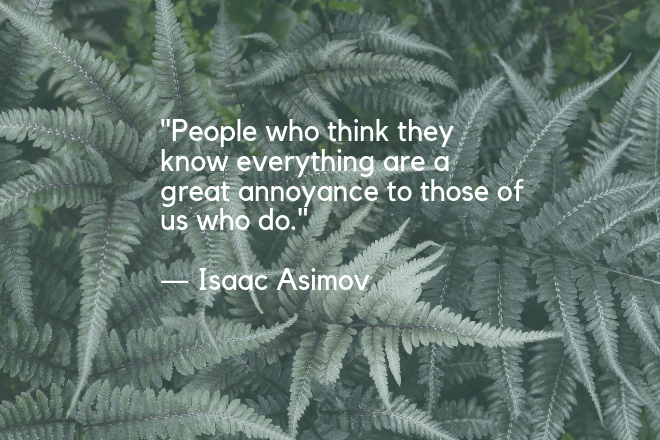 “People who think they know everything are a great annoyance to those of us who do.”

“Only one man in a thousand is a leader of men — the other 999 follow women.”

“Always drink upstream from the herd.”

“If you make people think they’re thinking, they’ll love you. If you really make them think, they’ll hate you.”

“Sometimes you have to take a break from being the kind of boss that’s always trying to teach people things. Sometimes you just have to be the boss of dancing.” 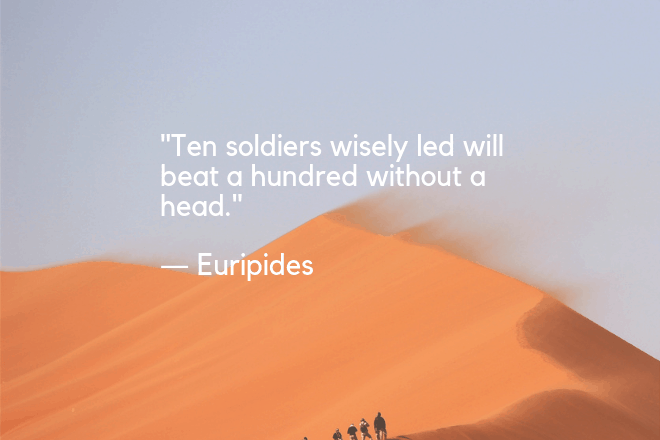 “Ten soldiers wisely led will beat a hundred without a head.”

“The problem with being a leader is that you’re never sure if you’re being followed or chased.”

“There are three kinds of men. The one that learns by reading. The few who learn by observation. The rest of them have to pee on the electric fence for themselves.”

“There are no office hours for leaders.”

“I am certainly not one of those who need to be prodded. In fact, if anything, I am the prod.”

“Leadership is being the first egg in the omelet.” 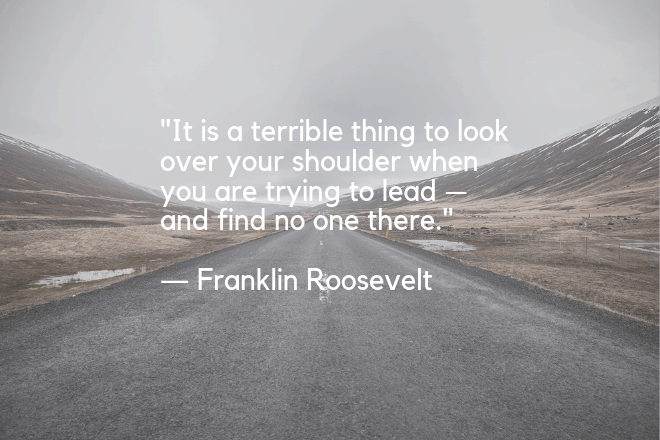 “It is a terrible thing to look over your shoulder when you are trying to lead — and find no one there.”

“The art of leadership is in saying no, not saying yes. It is very easy to say yes.”

“I would rather be an artist than a leader. Ironically, a leader has to follow the rules..”

“If you think you are too small to make a difference, try sleeping with a mosquito.”

“Never follow someone else’s path unless you’re in the woods and you’re lost and you see a path then by all means you should follow that.”

“I’m a leader not a follower. Unless it’s a dark place, then you are going first.”

“Never tell people how to do things. Tell them what to do and they will surprise you with their ingenuity.”

“You can build a throne with bayonets, but you can’t sit on it for long.”

“I suppose leadership at one time meant muscles; but today it means getting along with people.”

“The man who smiles when things go wrong has thought of someone to blame it on.”

“Keep away from people who try to belittle your ambitions. Small people always do that, but the really great make you feel that you, too, can become great.” 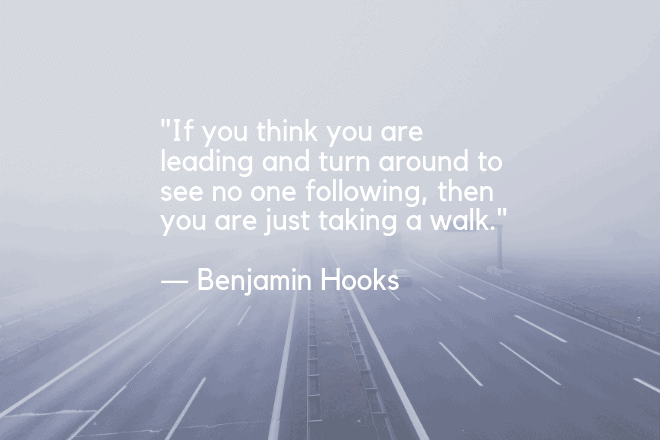 “If you think you are leading and turn around to see no one following, then you are just taking a walk.”

“If the blind lead the blind, both shall fall into the ditch.”

“Success in almost any field depends more on energy and drive than it does on intelligence. This explains why we have so many stupid leaders.”

“Life is like a dogsled team. If you ain’t the lead dog, the scenery never changes.”

“Never forget that only dead fish swim with the stream.”

“Some people say, ‘Never let them see you cry.’ I say, if you’re so mad you could just cry, then cry. It terrifies everyone.” 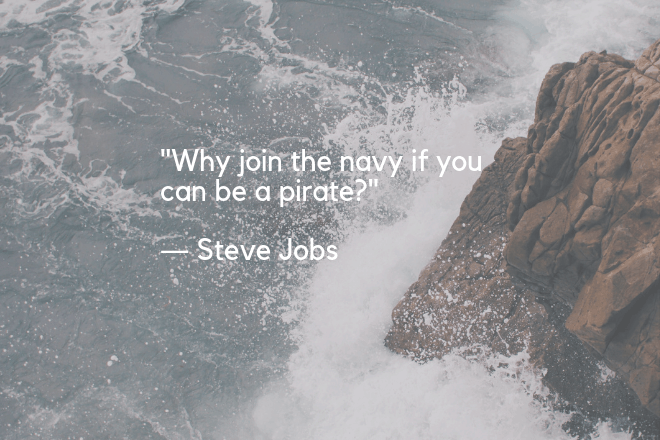 “Why join the navy if you can be a pirate?”

“Would I rather be feared or loved? Easy. Both. I want people to be afraid of how much they love me.”

“There are two kinds of people, those who do the work and those who take the credit. Try to be in the first group; there is less competition there.”

“Even if you’re on the right track, you’ll get run over if you just sit there.”