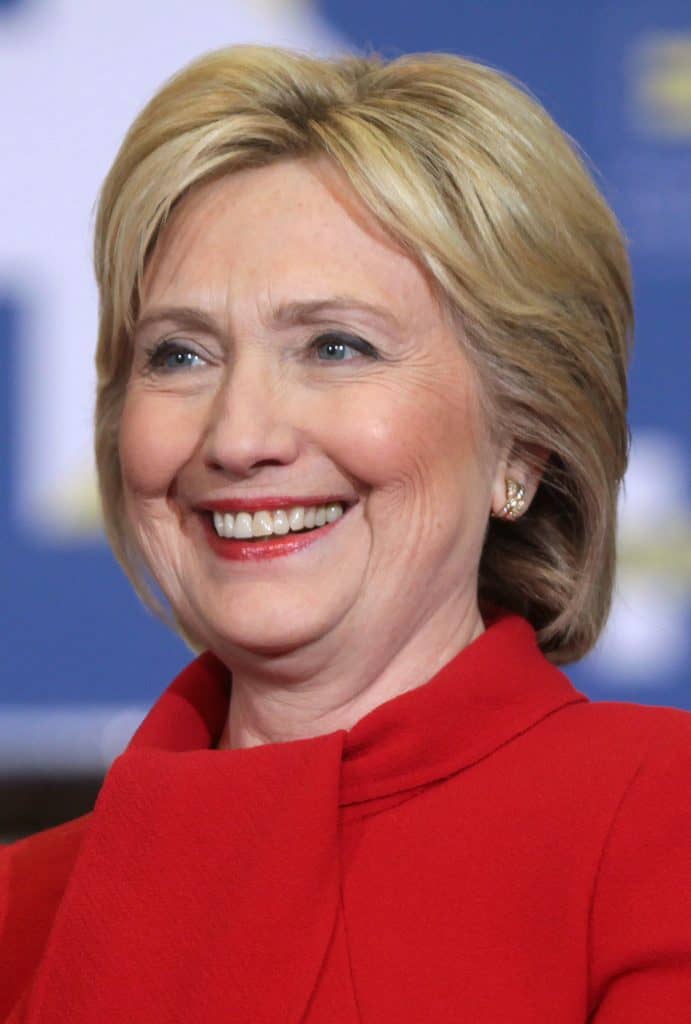 Hillary Rodham Clinton was born in Chicago on October 27th 1947. As a child, she was studious and did well in school. She graduated from high school in the top 5% of her class, and then attended Wellesley College where she studied political science.

In her younger years, Hillary identified as a Republican and was president of the Wellesley Young Republicans during her first year of college. However, this changed as her personal political views of the American Civil Rights Movement and Vietnam War shifted. She officially left the Republican party in 1968.

After Wellesley, she went on to study law at Yale. It was at this time that she met fellow law student, Bill Clinton whom she would eventually marry in 1975. Hillary became the First Lady of Arkansas in January 1979 when Bill was elected Governor of Arkansas. That same year, she became the first woman to be made partner at Rose Law Firm where she practiced patent infringement and intellectual property law. Even as First Lady of Arkansas, she continued to practice law and, until Bill became U.S. President, she earned a higher wage than her husband.

With Bill serving as President of the United States for two terms from 1993 to 2001, Hillary took on the role of First Lady of the United States. After Eleanor Roosevelt, she is considered one of the most politically active and empowered presidential spouses. She took on an active role in public policy and championed initiatives related to women’s rights and healthcare.

When the U.S. Senate seat in New York opened up, Hillary was urged to run for the election. Her win in 2001 marked the first (and only!) time a First Lady has also held an elected position. She served two terms as Senator for New York.

In 2007, Hillary announced her intention to run for the U.S. presidency. Although her election campaign had a strong start, she eventually conceded to Barack Obama. President Obama later named her his nominee for U.S. Secretary of State; and while Hillary was initially hesitant, the challenge of foreign policy work won her over.

Hillary served one term during which she traveled to 112 countries, making her the most widely travelled Secretary of State. She then took a break from public life and worked with the Clinton Foundation, which Bill had set up in 1997, and took on speaking engagements.

She returned to public life when she announced her intention to campaign for the 2016 presidency. On July 26th 2016, Hillary became the first female presidential candidate nominated by a major U.S. political party.

After serving as Secretary of State, Hillary could have retreated to life as a private citizen. Instead, her strong purpose to make a difference in the world led her to another presidential campaign in 2016.

Hillary’s strong sense of purpose can be traced back to her younger years. At Yale, she took on cases related to the welfare of children, and she later worked on the Children Defence Fund during her postgraduate study. She also did pro bono work for child advocacy cases while practicing law at Rose Law Firm.

As First Lady of Arkansas and later of the United States, Hillary continued to advocate for causes that matter to her. Among the issues she has fought for are women’s rights, healthcare, and LGBT rights.

Hillary’s career in public service is driven by her purpose to make a difference. What drives you as a leader? A purpose gives you something to work towards and the motivation to keep going. Having a purpose will also attract other talented people with similar goals, which will help you build a strong team. People want to be inspired and involved in work that leaves a positive impact on the world.

Holding public office makes one a target for criticism and Hillary Clinton has endured more than her fair share. Whether it’s for standing by her husband during the Monica Lewinsky controversy, her perceived aloof and cold nature during her 2008 presidential campaign or the Benghazi incident which occurred during her tenure as Secretary of State, she has weathered many struggles while in the public eye.

Her resilience is especially clear when we look at her presidential campaigns. Even after suffering what many would argue was a devastating defeat in 2008, Hillary bounced back by accepting the post of Secretary of State. Moreover, she did not let her experience in the 2008 presidential elections stop from her campaigning again in 2016.

Resilience involves being able to handle stressful situations and bouncing back from tough times. Think back to a difficult time you experienced in your life or career – how did you respond to the setback? Do you find it hard to bounce back from adversity? Building mental strength and resilience is important for a leader as your response to a bad situation will guide your team’s response. If you are unable to deal with pressure, your team and organization will lose confidence and lack direction on how to manage the situation.

One of the often-heard criticisms lobbied at Hillary is how she is unlikeable. Adjectives commonly used to describe her include ‘distant’, ‘cold’ and ‘competitive’. While her experience in public service cannot be disputed, the perceived lack of warmth in her personality has sometimes made it difficult for people to rally behind her as a presidential candidate.

To change this public perception, her campaign embarked on a video project where they interviewed people who have gotten to know Hillary in a personal capacity. The videos were intended to show Hillary’s ‘human’ side — a side of her personality that isn’t so evident in her public life which focuses on her experience and capabilities.

Leadership is not just about competence; it’s also about warmth. We want to be confident about our leader’s capabilities and like them as a person. Being a leader is as much about what you do as it is about how you connect with others.

It is important to develop your hard skills as a leader and continue to build your competence in your area of expertise. But don’t forget your soft skills as well; be sure to work on your interpersonal skills, and learn how to relate to your team and others around you as people.

Simple actions such as socializing with your team outside of the office, sharing some personal details (an easy one is what you like to do for fun; people like to know what their leaders do in their free time!) and taking an interest in others can increase your ‘warmth factor’ and make you more likeable as a leader. 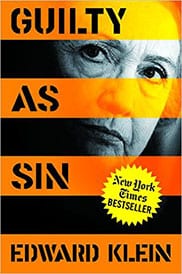 Guilty as Sin: Uncovering New Evidence of Corruption and How Hillary Clinton and the Democrats Derailed the FBI Investigation

The New York Times bestselling author Edward Klein has dared to investigate further and get to the bottom of the scandal behind Hillary Clinton and the FBI controversy. 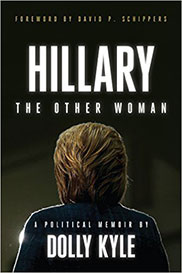 Hillary the Other Woman

Behind all the media-served pleasantries, bashings and propaganda, it becomes difficult to truly know someone like Hillary Clinton. Discover the true character and person behind the Clinton name. 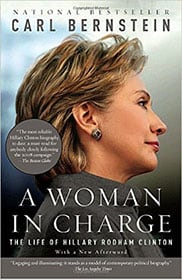 A WOMAN IN CHARGE: The Life of Hillary Rodham Clinton

She may have lost the elections, but she is not planning on stopping. This detailed and well-written story reveals the philosophy, aims and goals behind the historic Hillary Clinton campaign.

“My feeling is if you’re going to be a leader, you have to carefully assess where people are and where people want to go.”

“People can judge me for what I’ve done. And I think when somebody’s out in the public eye, that’s what they do. So I’m fully comfortable with who I am, what I stand for, and what I’ve always stood for.”

“It became clear to me that simply caring is not enough. To drive real progress, you have to change both hearts and laws. You need both understanding and action.”

“Women are the largest untapped reservoir of talent in the world.”

“Probably my worst quality is that I get very passionate about what I think is right.”

“Let’s continue to stand up for those who are vulnerable to being left out or marginalized.”

“I think the world would be a lot better off if more people were to define themselves in terms of their own standards and values and not what other people said or thought about them.”

“The worst thing that can happen in a democracy – as well as in an individual’s life – is to become cynical about the future and lose hope.”

“This is what we call smart power. Using every possible tool and partner to advance peace and security. Leaving no one on the sidelines. Showing respect even for one’s enemies. Trying to understand, in so far as psychologically possible, empathize with their perspective and point of view. Helping to define the problems, determine the solutions.”

“If you’re not comfortable with public speaking – and nobody starts out comfortable; you have to learn how to be comfortable – practice. I cannot overstate the importance of practicing. Get some close friends or family members to help evaluate you, or somebody at work that you trust.”

“There’s a certain consistency to who I am and what I do, and I think people have finally said, ‘Well, you know, I kinda get her now.’ I’ve actually had people say that to me.”

“I think that you can disagree with people and debate over their positions with issues without engaging in the politics of personal destruction.”

“You know, everybody has setbacks in their life, and everybody falls short of whatever goals they might set for themselves. That’s part of living and coming to terms with who you are as a person.”

“There is a sense that things, if you keep positive and optimistic about what can be done, do work out.”

“You have to be true to yourself.”

“I am someone who hopes for the best and prepares for the worst.”

“If you believe you can make a difference, not just in politics, in public service, in advocacy around all these important issues, then you have to be prepared to accept that you are not going to get 100 percent approval.”

“I think that if you live long enough, you realize that so much of what happens in life is out of your control, but how you respond to it is in your control. That’s what I try to remember.”