She is considered the de facto leader of the European Union. In 2015, Time Magazine named her Person of the Year.

Angela Merkel was born on July 17th 1954 in Hamburg, Germany. Her father was a Lutheran pastor and his vocation led to the family’s move to East Germany.

In school, Merkel excelled at Russian and Mathematics, and she went on to study Physics at the University of Leipzig. She also earned a doctorate in Quantum Chemistry which led her to seek a career as a research scientist.

Merkel’s involvement with politics began after the fall of the Berlin Wall when she joined the Democratic Awakening party. When Germany was reunified in October 1990, Merkel contested in the 1990 Federal Election and won a seat on the Bundestag (Germany’s national parliament). With Chancellor Helmut Kohl as her mentor, she became a Cabinet member with the portfolio of Minister for Women and Youth. In 1994, she earned a larger appointment as Minister for the Environment and Nuclear Safety.

After the 1998 election when the Christian Democratic Union (CDU) lost power, Merkel was appointed General-Secretary of the party and gained popularity as a politician. In 2002, she became the Leader of the Opposition in the Bundestag.

In the 2005 election, neither the CDU nor the Social Democratic Party (SDP) won a clear majority. The CDU successfully negotiated a grand coalition government with the SDP; consequently, Merkel became Chancellor of Germany, the first female to win the position. She has held the chancellery for three terms, and, with no obvious successor in place and no term limits in Germany, it is likely she will contest for a fourth. As Germany is the most populous and richest country in the European Union, Merkel is also known as the de facto leader of the EU.

In 2015, Time Magazine named her Person of the Year. She has also been awarded the U.S. Presidential Medal of Freedom, the highest civilian honor in the United States.

1. Use your prior life experience to help you lead

Merkel’s academic background as a PhD graduate in Quantum Chemistry highlights her preference for gathering information and an almost-scientific way of approaching problems. She is known for moving slowly and taking the time to make calculated decisions based on each specific situation. She is also known for being open to making course corrections when executing plans.

Her upbringing in East Germany has also informed her leadership decision-making. As someone who grew up isolated in the Eastern bloc, Merkel is a champion for tearing down walls, openness and inclusivity, and this is evident in her stand on the refugee issue Europe is dealing with.

Her approach to the Greek debt crisis also showed how she uses her life experience to navigate a tough issue. She was firm about the austerity measures Greece would have to accept in order to be eligible for a financial bailout. Her resolute position on this issue likely came from her younger years when she experienced the collapse of the East German economy.

One of her strengths is how she values cooperation and consensus. Two of the last three German governments that Merkel has headed during her chancellery were built on a coalition of the Christian and Social Democrats. While it may have been political necessity that precipitated the coalition, its positive effects are clear; their overwhelming majority in the Bundestag has allowed Merkel’s government to make economic and social changes that have led to German prosperity and a more prominent place in the global community.

Merkel is also known for valuing cooperation between members of the EU. She understands that the success and stability of the EU benefits all members, and is committed to ensuring that member countries continue to cooperate and work well together.

What do you do as a leader to encourage cooperation and build consensus? If you can get others on board with your vision for the organization and galvanize them to work together, you can achieve a lot more.

She once said, “Fear has never been a good adviser, neither in our personal lives nor in our society.” In times of crisis, Merkel does not shy away from making difficult decisions. During Syrian refugee crisis, she had the moral courage to allow refugees into Germany, despite the political costs of the decision.

Merkel has declined to publicly talk about her decision, and some speculate that her formative years in East Germany and her personal values – freedom and tolerance – were the cornerstones of her position on the issue. Although the outcome of the ongoing refugee crisis in Europe is not certain, we can still admire Merkel’s bold move that favored humanity over politics.

As a leader, you will be called upon to make tough decisions. Don’t back away from them! Instead, be bold and take a stand based on the information you have about the situation, your personal values as well as the organization’s values, and the possible outcomes that can arise from your decision. Make the best choice you can, and then make course corrections if necessary. Your team will respond well to your decisiveness and it will allow your organization to move forward. 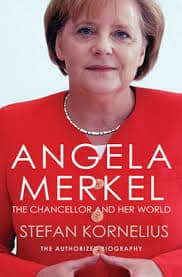 Angela Merkel: The Chancellor and Her World

From an ambitious young girl to one of the most pivotal political leaders in Europe, Angela Merkel rose to prominence as one of the few female figures of immense political influence and power. Stefan Kornelius delves into the persona behind her character, and examines her views of the world. 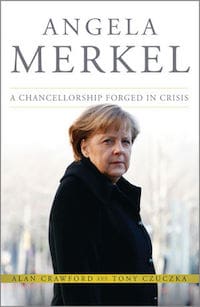 The new biography of the most powerful woman in Europe, and perhaps even the world. Angela Merkel: A Chancellorship Forged in Crisis shows how the German chancellor prevailed several economic and political crises, and emerged even stronger to lead the way to a new direction for Europe. 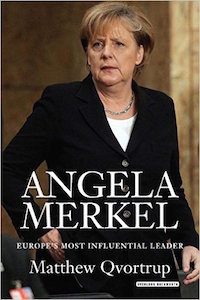 With exclusive new sources and in-depth research, Matthew Qvortrup sheds light on the captivating political ascent behind Angela Merkel. Read how she propelled Germany into the forefront of Europe, and built one of the strongest economies in the world.

“The willingness to learn new skills is very high.”

“Whoever decides to dedicate their life to politics knows that earning money isn’t the top priority.”

“The markets want to force us to do certain things. That we won’t do. Politicians have to make sure that we’re unassailable, that we can make policy for the people.”

“Controversial disputes are a part of democratic culture.”

“For me, it is always important that I go through all the possible options for a decision.”

“It’s my damn duty and obligation to do everything possible for Europe to find a united path.”

“The majority of decisions in Europe are done by unanimity. That’s why it is important to be to have good relations with all parts.”

“You can much better have an influence on the debate when you sit at the bargaining table and you can give input.”

“I have a relatively sunny spirit, and I always had the expectation that my path through life would be relatively sunny, no matter what happened. I have never allowed myself to be bitter.”

“You could certainly say that I’ve never underestimated myself, there’s nothing wrong with being ambitious.”

Check out this profile of Angela Merkel: