You are at:Home»Leadership»The Importance Of Leadership In Today’s World

The action of the leader determines the fate of those under him. We simply cannot underestimate the importance of leadership.

A leader determines if their followers either succeed or fail. No question about it.

Every organization or institution you are in charge of will prosper or fail because of your leadership.

Yet, without proper leadership from you, you will see disunity, backbiting, gossiping leading to a collapse in morale. Productivity will be low and people will be spending more time fighting for themselves than fighting for the organization.

History Is Written By Leaders.

Sheep don’t write history. Leaders do. Leaders, through their actions, have changed the course of history. Military leaders have redefined borders of countries and defended their land against invaders.

Business leaders have built giant corporations that provide employment and income to thousands of people. Without these leaders, more people would be having trouble finding livelihood for their families.

Spiritual leaders have caused changed in thought and perspective, leading to new worldviews and culture. This has impacted everything from beliefs, values, fashion, behaviors.

In Every Major Milestone Of History, There Has Been A Leader.

Mother Teresa changed history. She showed the world the true meaning of altruism. Having seen the poverty in the streets of Calcutta, she took the step to care for them. Did she need to? Nope. She could be like everyone else, living their own lives while the poor suffer and die.

But she did something about it. She committed her life to ministering to the poor and needy and at the time of her death, her organization Missionaries of Charity was operating 610 missions in 123 countries worldwide. (Read more about Mother Teresa)

She didn’t just help poor people. She became a role model for many other great men and women. Her ideals and beliefs live long after she left us in 1997.

The charisma and idealism of Adolf Hilter, coupled with his ruthlessness, made him the leader of Nazi Germany. His vision to make Germany the greatest nation on Earth was so compelling that the people willingly gave up their personal freedoms. (Read more about Adolf Hitler)

What resulted was a horror show: a world war that took the lives of millions of fathers, brothers, sons and daughters.

Imagine that: One man’s vision changed the course of written history. This is the power of leadership, and that is also why leadership must be ethical, upright and righteous.

The World Needs Leadership, More Than Ever.

Now, strong, authentic and ethical leaders are needed more than ever. We need those who can lead us through the pain and suffering needed to restore the economic and political world back to order.

You Need To Be A Leader.

I don’t know who you are, but you need to become a leader.

To become an outstanding leader is not a preference. It’s a commitment. A daily commitment to growth and development that will enlarge your capacity and increase your wisdom.

Here at Leadership With You is a good place to start. Start building your insights and get empowered with the right tools.

The world needs you to rise up. 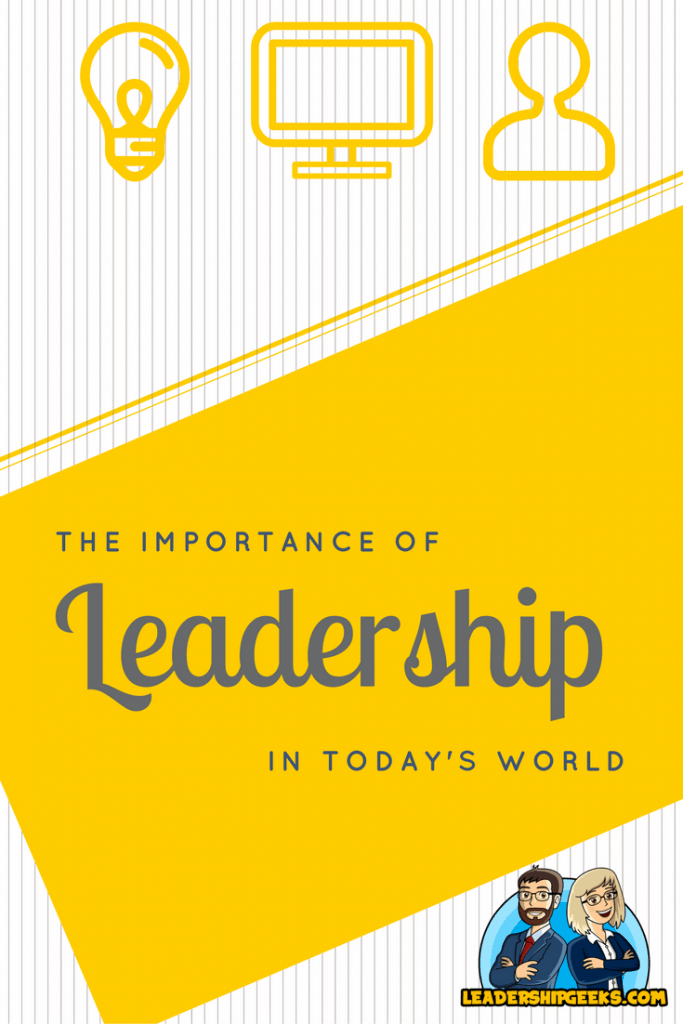 Return from Importance of Leadership to Home Page