Jamie Dimon is the current CEO and chairman of JP Morgan Chase & Co, the second largest bank in the United States by assets. 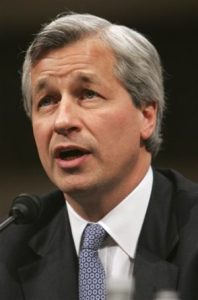 He is known for his detailed operational expertise and blunt mouth. While the recent financial collapse took down several investment banks, Jamie Dimon has managed to avoid the same fate for JP Morgan Chase & Co., speaking volumes of his leadership.

Jamie Dimon was born in New York City in 1956. He was born into a family where the financial world was no stranger to them.

In his youth, he would work under his grandfather and father who were brokers and partners during summer time.

He would eventually graduate from Tufts University with a major in psychology and economics, and obtain an M.B.A from the Harvard Business School. Upon his graduation, his friend Sandy Weil would convince him to work as an assistant in American Express.

Soon after, both of them left the company, took over a company called Commercial Credit and formed the world’s largest financial services conglomerate known as Citigroup in 1998.

1. Have an attitude of openness to learning

Jamie Dimon believes that in this current global business climate, learning has to be a lifelong commitment. He spends 50% of his time either reading, talking to people or travelling and this keeps him on top of things.

One of the most influential business leaders of our way says so, and all the more we as leaders should seek and strive to constantly draw from people and from books. It is the only factor that keeps you and your organization competitive and taking lead above the rest.

Jamie Dimon says that you must be conscious of your personal brand as it constantly being built as you interact with people. In fact, he says that he can know so much about you even before meeting you.

3. How you deal with failure will determine your success

Jamie Dimon says that the most successful people like Abraham Lincoln and Nelson Mandela always had to deal with failure in their lives.

You can listen more of his tips from his Youtube video at the bottom of his page. 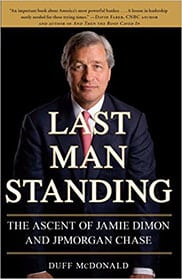 Read all about the man who managed to stay afloat during one of the biggest economic downfalls. Jamie Dimon even managed to make an amazing profit, while many other companies spiralled into oblivion. 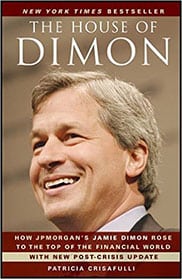 The House of Dimon: How JPMorgan’s Jamie Dimon Rose to the Top of the Financial World

Examine the profile of the Wall Street’s most prominent banker, and see how he rose to the top from a tumultuous ground. With interviews, stories from behind the scenes and detailed overview, this book sheds light on the successful and controversial career of Jamie Dimon.

“My next boss will be normal.”

“Most of the management team feels that we are not a lean and mean competitor,”

“I think the way NOW characterized Smith Barney is disgraceful. I am appalled that an organization like that would not have reserved judgment (until) making their own investigation.”

“Our plate is full. We have a lot to do building our company organically and that is our key focus.”

“What separated Andy from many other great leaders is that he had a big heart, not just a big brain. It’s a rare quality to have both passion and a sense of humor, along with brilliance, and Andy set the standard.”

“The transaction reflects our disciplined strategy of investing capital in core businesses where we can leverage scale and expertise for competitive advantage. In addition to being a great strategic fit, the deal is compelling financially.”