You are at:Home»Movies»Leadership Movies: Kingdom of Heaven

Kingdom of Heaven is a part of Leadership Movies, a series of films with leadership themes. Learn about how you can become a better leader by watching leadership in action. 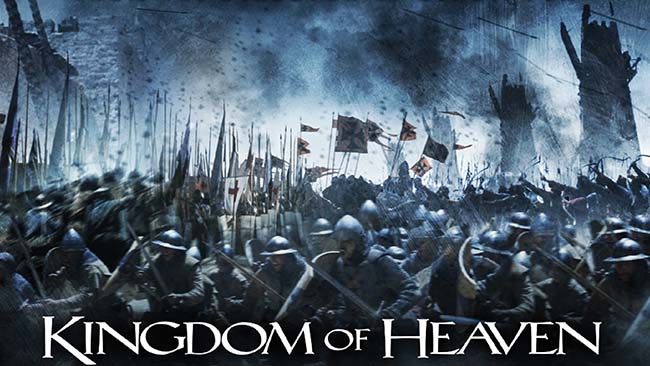 Kingdom of Heaven is a 2005 film about Balian of Ibelin who travels to Jerusalem during the crusades of the 12th century in a bid to find forgiveness from God.

However, he ends up not just finding forgiveness; he ends up finding a father figure for his life, and becomes the defender of Jerusalem against the Muslim invaders.

1. Taking your journey
Balian came from his old life as a hopeless murderer who lost his wife to eventually become a great man of integrity, principle to defend the great city of Jerusalem. It really shows people how their lives can be changed from mediocrity to greatness if they choose to embark on the journey.

3. Standing by the truth
In the light of a tempting offer to become to King of Jerusalem by killing off the corrupt knight-general, Balian stands on the side of truth by saying, “The Kingdom of Heaven is either a kingdom of conscience, or it is nothing.”

It speaks of the great importance of building your organization on truth, on honesty and integrity. Great corporations, because they built their organizations on lies, fell apart soon after. I think this is one of the best lessons we can learn: to stand on the side of truth, even if it hurts us.

“You are not what you were born, but what you have it in yourself to be.” – Godfrey of Ibelin

“Be without fear in the face of your enemies. Be brave and upright, that God may love thee. Speak the truth always, even if it leads to your death. Safeguard the helpless and do no wrong; that is your oath. [Slaps Balian] And that is so you remember it. Rise a knight, and Baron of Ibelin.” – Godfrey of Ibelin

“What man is a man who does not make the world better?” – Balian of Ibelin

“I put no stock in religion. By the word religion I have seen the lunacy of fanatics of every denomination be called the will of God. I’ve seen too much religion in the eyes of murderers. Holiness is in right action, and courage on behalf of those who cannot defend themselves, and goodness. What God desires is here (points to Balian’s head) and here (points to Balian’s heart) and what you decide to do every day will make you a good man…or not.” – The Hospitaller speaks to Balian