Jeremy Lin is an American professional basketball player with the New York Knicks of the National Basketball Association (NBA). After his first week as the starting point guard of the team, Jeremy Lin has made waves throughout the basketball community and to the rest of the world as he broke the record of scoring over 20 points in his first 4 consecutive games in the NBA.

Jeremy Lin is a Taiwanese born in America in the 23rd August 1988. From a young age, he was introduced to basketball by his father who was an avid NBA fan.

Jeremy loved the game and he practically grew up with his brothers shooting hoops and watching the NBA. He said that his role model was the legendary Michael Jordan.

In his high school, he captained Palo Alto High School to an amazing record of 32 wins to 1 loss and eventually upsetting nationally ranked Mater Dei for the CIF state title. Because of his achievements, he was named first-team All-State and Northern California Division II Player of the Year.

In his college application process, Lin sent his resume and a DVD of highlights of his basketball games to all the Ivy League schools including Stanford and UCLA. However, these schools did not guarantee him a spot in their starting teams. Only Harvard and Brown were the only teams that guaranteed him a spot on their basketball teams. Eventually, Jeremy chose to attend Harvard.

Lin did amazingly well in basketball in his time in Harvard, bagging awards like the All-Ivy League Second Team and was nominated for prestigious awards like John R Wooden Award as well as the Bob Cousy Award. For the season, Harvard set many new records and Lin made history as the first player in the Ivy League to score at least 1450 points.

He joined the NBA drafts and eventually signed for the Golden State Warriors, his favorite team while growing up. He was quickly noticed by the crowd and began getting cheers and support from presumably the large Asian-American crowd.

He had an average career in the Golden State Warriors with ups and downs, winning awards like Rookie of the Year and 2010 FIBA World Championship, but yet received little playing time due to 2 other strong starting point guards in his team.

On the December 12 2011, he signed for the New York Knicks and over the span of a week for his position as the starting point guard starting on the February 4 2012 against the New Jersey Nets, he made history in the short span of a week, eventually climaxing in beating Kobe Bryant’s Lakers 92-85 and achieving a career high of 38 points in a single game.

One of Lin’s favorite verses from the Bible is Romans 5:’we also glory in tribulations, knowing that tribulation produces perseverance; and perseverance, character; and character, hope.”

From a third person’s perspective, it seems like Jeremy Lin had it going for him since the time in high school. But the truth is that he struggled a lot in his journey to where he is today. During an interview he even mentioned that he thought of giving up basketball many times before because of so many setbacks.

But he held on and eventually he saw his game rise up to another level. He believed that the trials that he was facing at the moment will develop his character. With the support of his family, he carried on his dream of becoming a basketball player.

Whatever trade you are in at the moment, if it is something that you love doing; never give it up for something inferior. Sometimes trials and obstacles are placed in your way so that you can become a bigger person on the inside and learn to overcome.

Eventually, you will develop character like Jeremy Lin to handle the stress, pressure that comes from being at the top IF you choose to persevere.

2. A leader brings out the best in others

Jeremy Lin is not just an amazing point guard for the Knicks, but he is an awesome leader himself.

If you do catch the basketball games, you will realize that not only does he score well personally, his teammates begin to shine and score better as he is on the court.

The forwards get the passes from him at opportune times to make great dunks on the basket, and the shooters get space for three-pointers. Because of him, the talent of his teammates also starts to shine.

And as he makes amazing penetrating runs into the inner court and scores, the whole crowd and the bench players all jump up in exuberance and excitement. He simply inspires.

As a leader, you have a lot of lessons to learn from him. Average leaders make themselves look good in front of their superiors or to others, but great leaders don’t put the spotlight on themselves: instead they makes all others around them look better.

What can you do as a leader to help your team unleash their potential? What steps can you take to bring out the best in others? These are some good questions you can consider.

If you’ve watched an interview with Lin, you will already know that he is an extremely humble person. Because of his faith, Lin gives all the glory to God and to his teammates.

Whenever he is asked about his performance, he points to his teammates and tells the interviewer about how good they are.

Given all the media attention showered him, it is amazing how he manages to stay humble. So much attention in such a short time can really make anybody’s ego inflate, but he shows the depth of his character by shying away from all the spotlight on him.

As leaders, you will get the spotlight on yourself too, and it is easy to bathe in the glory and start to let it get to your head.

If you let these opinions get to your head, you’ll soon find yourself becoming unhappy because now your identity as a good leader is tied to people’s opinions of you.

You might end up chasing the applause of people more than the purpose you serve and be derailed, as so many leaders have. You ultimately lose your position of leadership and become a follower of the crowd opinion.

Staying humble is not easy, especially when a lot of attention is given to you. However, you must fight pride like you fight the devil. Pride will eventually destroy you and take you off your purpose as a leader. 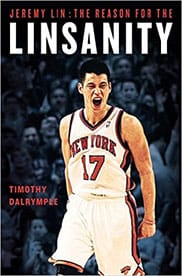 Jeremy Lin: The Reason for the Linsanity

The quintessential story of the ultimate underdog who made it big: Jeremy Lin went from warming up the bench to shooting with the stars. Read all about the phenomenon behind the story of Jeremy Lin.  Learn how family, education, cultural inheritance, and faith played the key parts in Jeremy Lin’s head-spinning success. When hard work, faith and sports combine, results can be astonishing. 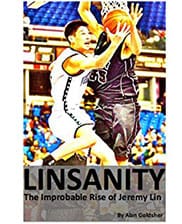 Almost out of nowhere, Jeremy Lin took over NBA by storm. With astounding popularity, this humble player of Taiwanese descent broke into stardom. Follow his journey to fame.

“I felt it was my fault last year for us not winning. My goal and my dream was to bring the team this year to the state-title game. Now we’re here and it feels great.”

“We relish being the underdog. We love having something to prove, and I think we proved it tonight.”

“I was only 5-3. Luckily I grew. Maybe I was meant to be a basketball player.”