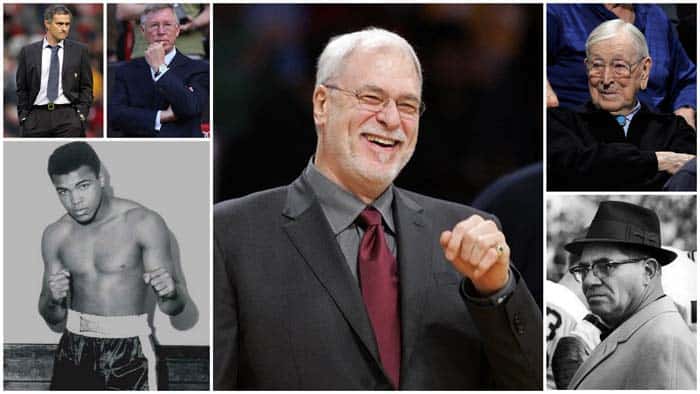 Sports have the power to unite us like nothing else. Whether it’s American football, soccer or the Olympics, spectator sports attract a massive audience and following around the world.

Behind the success of athletes, sports teams, coaches and managers are evergreen principles such as hard work, discipline and teamwork. In this section, we look at coaches, managers and athletes who are well known for their success in their respective sports.

In each sports leadership profile, you will find:

Vince Lombardi is one of America’s most famous football coaches. He was the assistant coach for the New York Giants from 1954 – 1958 and served as Head Coach for the Green Bay Packers of the National Football League.

John Wooden was an American basketball coach. His record of winning the NCAA Championships 10 times with the University of California, Los Angeles basketball team is unprecedented.

Alex Ferguson is the former manager of the world-renowned football club, Manchester United. He is known as the man behind their rise from mediocrity to greatness.

Muhammad Ali was a three time World Heavyweight Champion, and is considered one of the world’s greatest boxers. His professional record of 56 wins to 5 losses is unprecedented.

Phil Jackson was the former coach of the Los Angeles Lakers. Jackson is widely considered one of the greatest coaches in the history of the National Basketball Association (NBA).

Jeremy Lin is a breakout star of the New York Knicks in the National Basketball Association (NBA). His meteoric rise to prominence in 2012 took the world by storm.

David Beckham is a former professional footballer who played for top clubs such as Manchester United and Real Madrid. During his 20-year career, Beckham won 19 trophies and was awarded an Order of the British Empire (OBE) for services rendered in the sport of football.