Bill Gates is the co-founder of Microsoft, the company which created the Windows operating system. He is credited as an entrepreneur who revolutionized the computer industry. He is consistently the richest man in the world, with an estimated net worth of $90 billion in 2016. 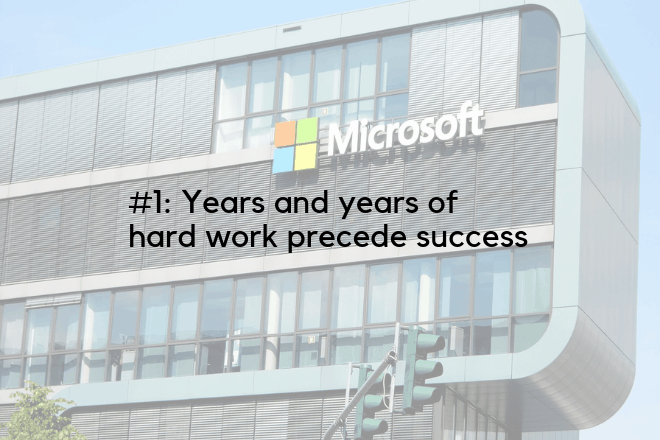 Many of us, hearing that Gates started Microsoft out of his garage, would be inclined to think he was a kid with no prior knowledge who managed to start a multi-billion dollar business from those little experiments.

But the truth is Gates had considerable experience with programming and coding prior to starting Microsoft. It was his vast knowledge gleaned from years and years of hard work that allowed him to build the MS DOS software that launched Microsoft on its upward trajectory.

Before we start believing that overnight successes are possible, remember that even the richest man in the world got there through countless hours of hard work! 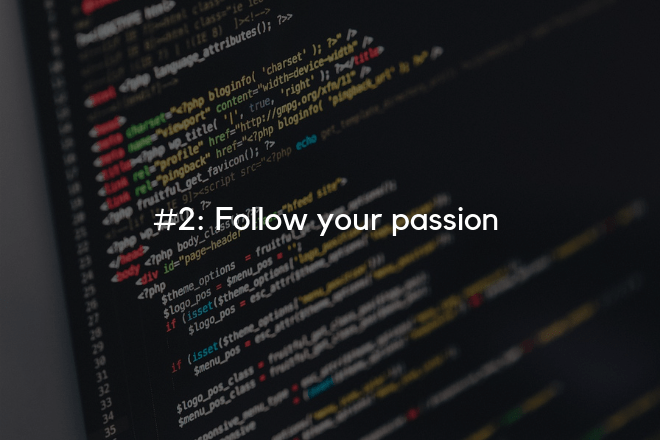 Gates didn’t work hard in programming because he was hungry to become a millionaire. He worked hard because he was passionate about what he was doing.

He found programming software fascinating. That passion motivated him to do it long after school hours. He even skipped some classes so that he could code! These many hours of coding gave him the knowledge and experience he needed to start Microsoft.

If you want to become successful like Bill Gates, don’t chase money. Don’t pursue opportunity after opportunity, searching for the million-dollar idea. You will lose focus on what you want for your own life and set yourself up for failure.

The truth is, money is abundant and there are many ways to become wealthy. Passion for what you do will sustain you when things get tough and give you long-term motivation to achieve success. 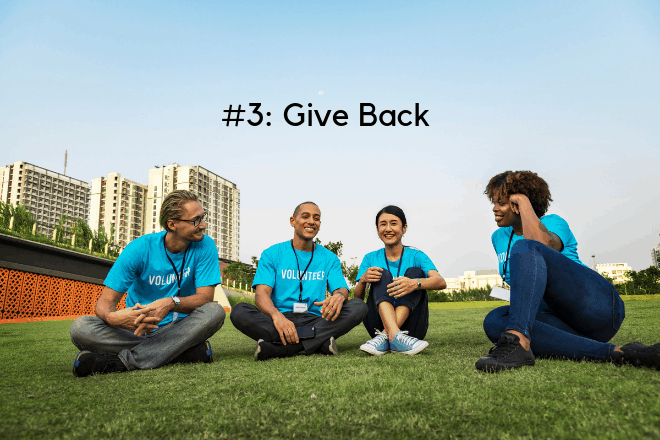 Giving back to the community is a reflection of your character. Are you a giver or a taker? The attitude you adopt will determine if you become a person of success or a person of significance. There are a lot of people who are financially successful, but only few names are remembered. The ones we remember are those who have made a difference in the world that we live in.

Who is Bill Gates? A Short Biography

From a very young age, Gates was fascinated by computers. In the eighth grade, he already showed an unusual interest in computers and even skipped his Math class to pursue programming.

He went to Harvard College after scoring 1590 out of 1600 on the SATs. However, at Harvard, rather than studying, he spent most of his time in front of computers. In 1975, he dropped out of college and started Microsoft.

At his new company, Gates developed the program BASIC which was popular with many computer hobbyists, but stopped its development because of widespread piracy of his product.

The breakthrough for Microsoft came when IBM approached Gates to develop software for their systems. Eventually, Gates created the MS-DOS program for IBM. This was the beginning of the rise of Microsoft. From there his company created and launched a retail version of Windows, which quickly became the most-used operating system for home computers.

In 2006, Gates announced that he would step down from his day-to-day duties at Microsoft to focus full-time on philanthropy. Together with his wife, he set up the Bill and Melinda Gates Foundation and has so far donated over $28 billion to charitable causes. 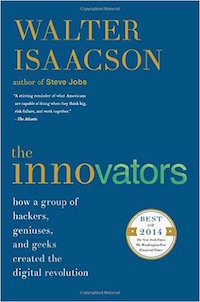 Walter Isaacson, the famous biographer of Steve Jobs, gives a history of the passionate math and computer science geeks who shaped our world. Included are the stories of Alan Turing, Bill Gates, Steve Wozniak, Steve Jobs, Tim Berners-Lee, Larry Page, and many more. 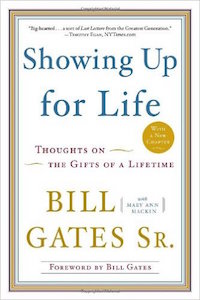 Showing Up for Life: Thoughts on the Gifts of a Lifetime

This compilation of mesmerizing narratives will bring you closer to the principles and ideas behind the indelible success of Bill Gates. It is a candid insight that shows how much passion, honor, hard work and care are essential for any endeavor. 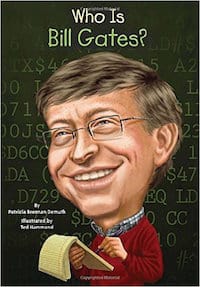 Who Is Bill Gates?

From a child technology genius to one of the wealthiest philanthropists in history behind the famous brand of Microsoft, Bill Gates revolutionized the modern life. This well-told and captivating story will grip your imagination and inspire to better yourself. 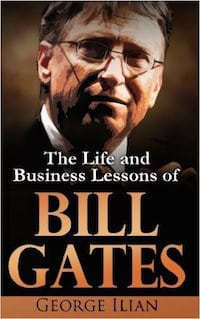 Bill Gates: The Life and Business Lessons of Bill Gates

If you ever wanted a cheat sheet on life and how to become a successful businessman, then Bill Gates: The Life and Business Lessons of Bill Gates is the book for you. It may not make you “The Richest Man in the World”, but it will certainly show you how Bill Gates rose to claim the title.

Watch long-time friends Bill Gates and Warren Buffett talk about what it means to be a leader on CNBC: