Warren Buffett is one of the world’s richest men, with assets totalling up to US$86.6 billion as of 2019. His main source of wealth is his company Berkshire Hathaway, a conglomerate holding company headquartered in Omaha, Nebraska. His philosophy of value investing and prudence has influenced many investors worldwide.

If you think investing and leadership do not have anything in common, then think again. Warren Buffet, known worldwide as the ‘most successful investor of the 20th century,’ knows a thing or two about how to become a great leader in the business world. He is also one of the richest people in the world, and pledged to donate 99% of his wealth to charity. From selling newspapers at the age of 11 to where he is now at 86-years-old, he’s living proof that sometimes old-school techniques work.

Warren Buffet is probably the most successful investor in the history of the world, and one of the world’s richest men with over US$80 billion in net worth. Here are 6 leadership traits we’ve identified that helped the ‘Oracle of Omaha’ get where he is today. 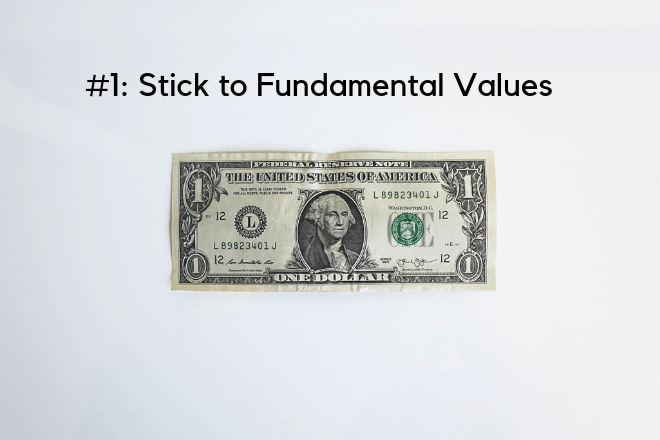 Buffett always believed in the fundamental values of a business. While the financial world is often driven by fear and greed, Buffett stands firm in his investing values. He believes that investing in stocks is like investing directly in the business. If the business can be profitable in the long run, so will its stock.

In an age of so many new management theories and techniques, we should remember the fundamental leadership principles of vision, character and discipline. While new theories and tools can come and go, principles that govern leadership will forever remain the same. 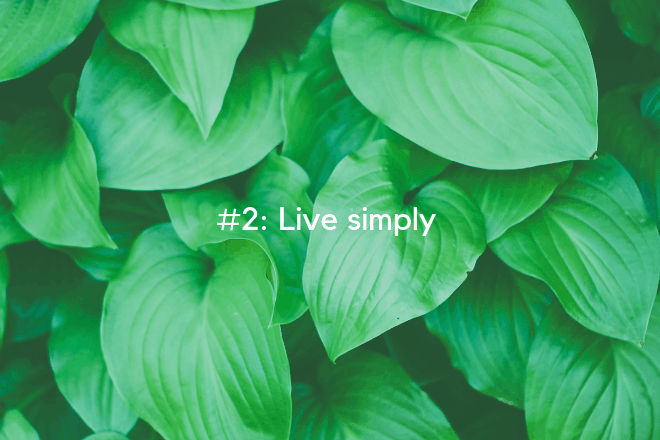 Although he is one of the richest men in the world, Buffett lives simply. He only owns a single telephone in his house, and cycles to and from work.

Many leaders nowadays are distracted by the material possessions they can have as leaders, so much so that their motivation can become clouded. Is this leader in it because he believes in the cause? Or does he merely wants to stand out from others; to be recognized and enjoy the status of being a leader?

Buffett demonstrates humility through his frugal spending. Instead of becoming complacent or distracted by riches, Buffett is very clear that his objective is to accumulate wealth; not squander it. 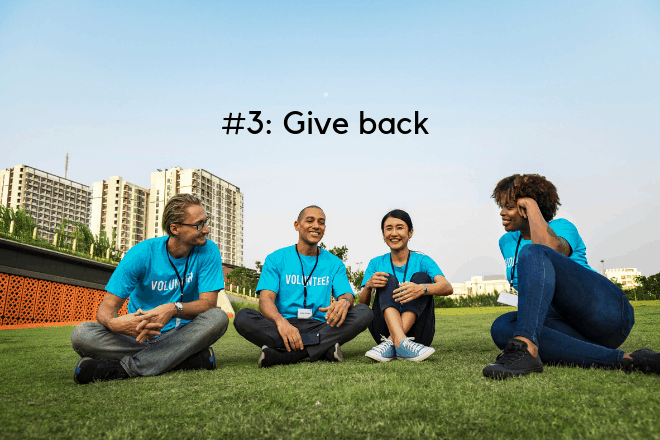 Buffett has committed to give away 99% of his wealth to charity through the Gates Foundation. If his focus on wealth accumulation is admirable, then giving the majority of it away is an even greater feat.

The leaders who leave an impact in the world view material wealth not as an end in itself, but a means to affect positive change in the community. Even as you strive for success for your team or organization, consider how you can give back and contribute to the world, and make a difference in the lives of others.

Buffett is a firm believer that you should always present non-technical, clear thoughts that gets the message across to your peers. He also believes that “If you can’t communicate and talk to other people and get across your ideas, you’re giving up your potential.” Buffett’s intimate knowledge of the business world along with his effective communication skills warrant him his success in the industry.

Terrified of public speaking? You’re not alone. Even successful personalities had to break down those boundaries to be able to achieve success. Buffett had to enroll in a communication course to overcome his fear of speaking in public. 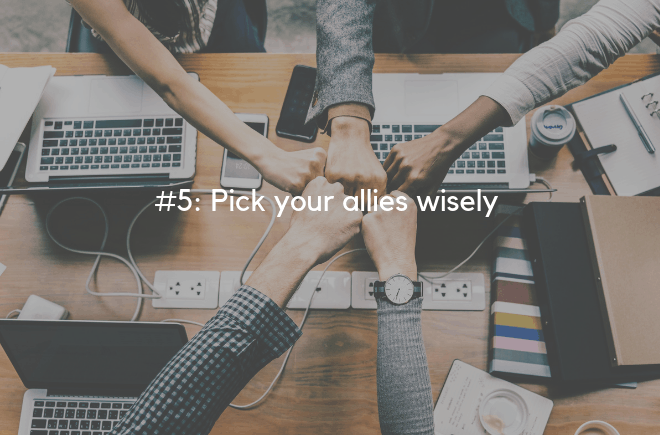 If you believe in the famous idiom ‘Birds of the same feather, flock together,’ then you’re not yet ready to be a mentor just yet. Buffett suggests that you should surround yourself with better people that will inspire you to improve yourself. He said: “It’s better to hang out with people better than you. Pick out associates whose behavior is better than yours and you’ll drift in that direction.”

Zurich-based author and investor Guy Spier paid $650,000 just to have lunch with Buffett. In his article on Marketwatch, he documented how he was utterly inspired by the extraordinary entrepreneur. Of course, the money spent for the lunch went to charity, but the lesson learnt with live on forever. 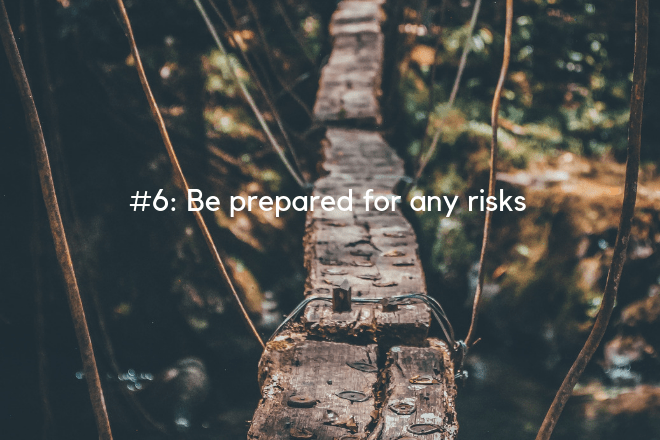 6. Be prepared for any risks

If there’s anything that the business world has taught Buffett, it’s the art of facing risk. He believes that “risk comes from not knowing what you’re doing.” There are two sides of the coin here – either you become a risk taker or you learn how to minimize your risks. Of course, the latter would be the best approach, but it does not offer instant gratification.

Nowadays, there are tools that can help minimize risk and assist investors in making the most educated moves, such as a market scanner. A market scanner is a research tool for investors gives indicators and timeframes on when to buy or sell. In terms of leadership, there’s no technical tool as such. However, there are basic principles to abide by in hedging losses and by learning from your mistakes. Buffett said: “I make plenty of mistakes and I’ll make plenty more mistakes, too. That’s part of the game. You’ve just got to make sure that the right things overcome the wrong ones.”

These 6 important leadership traits embody Warren Buffett’s decades of experience, which has included both success and failure. To follow Buffet’s example, it’s worth considering these tidbits as a guide to good practice. If it worked for Buffett, we hope it works for you, too.

Who is Warren Buffett?  A Short Biography 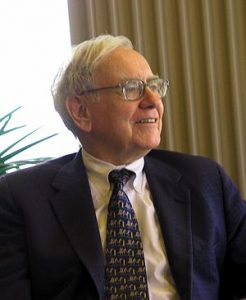 Buffett was born in 1930 to Howard and Leila Buffett. His father was a businessman and politician who served in Congress.

From a very young age, Buffett displayed the qualities of an entrepreneur and an investor. As a child, he went door-to-door selling chewing gum, Coca Cola and magazines. In elementary school, he purchased a pinball machine and placed it in a barber store. This was so successful that he ended up owning several pinball machines at different stores.

During his time in college, he continued his entrepreneurial activities such as delivering newspapers, selling golf balls and stamps. By the time he was finished with college, he already had over $90,000 in savings (adjusted to 2016 USD).

Buffett offered to apprentice for free at Graham Partnerships under Benjamin Graham, but was instead hired for a paid position. As his mentor, Graham was a strong influence on Buffett and became his role model for value investing.

Later, Buffett started his own partnerships, which would eventually make him a millionaire through stock ownership. Buffett invested in a textile manufacturing firm called Berkshire Hathaway and eventually took over the firm. He began writing annual letters to the Berkshire shareholders, a habit that continues to this day.

Over time, Buffett made many wise acquisitions — companies like The Washington Post, General Reinsurance, ABC and Salomon Inc. — which eventually made him a billionaire. He is widely recognized as one of the most influential financial thinkers of our time.

Warren Buffet has received several honors and recognition by the public media, including: 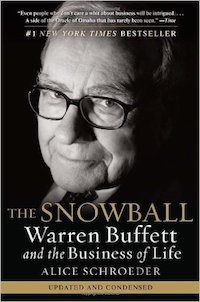 The Snowball: Warren Buffett and the Business of Life

One of the rare instances where the legendary Warren Buffett actually cooperated with the writer to create an intimate and direct book, The Snowball will take you deeper into the story of Buffett’s evolution and remarkable achievements. This complete biography is full of essential insights into the work and life of Warren Buffett. 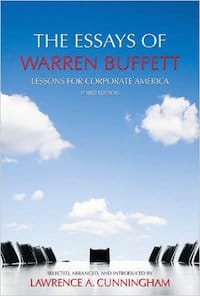 The closest thing you can get to Warren Buffett writing a book about himself would be the unparalleled compilation of his thoughts, gathered and organized by Lawrence Cunningham. The Essays of Warren Buffett: Lessons For Corporate America is the best taste of philosophy behind the great Warren Buffett. 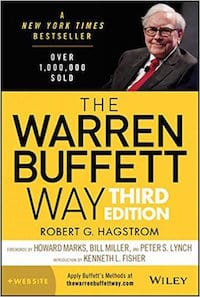 Whether you are just starting out in the investment business, or you have been in the game for a while, these essential lessons by one of the most iconic names in the market will push you to another level. The Warren Buffett Way reveals some of the crucial moments which paved the way for the most famous and successful investor in history.

Warren Buffet speaks to a group of MBA students: